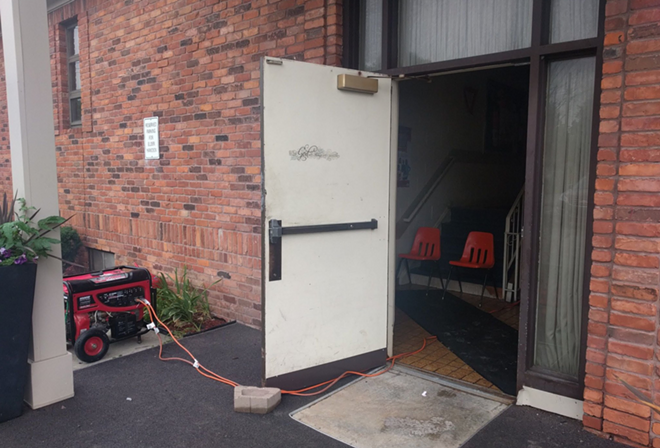 The power was out at at least 14 Wayne County polling sites this morning following a round of overnight storms, DTE reports.

Voters are casting ballots in a statewide primary election today. As of noon, five of the affected sites were still without power, but were due to be back online by 2 p.m, DTE said.

Poll workers at Zion Chapel near Detroit's North Corktown were sharing a single flashlight and relying on a small generator to keep things moving along this morning, Rashida Tlaib, a Democrat running for Michigan's 13th Congressional District, said. The power was also out at Gompers Elementary in the city's Rosedale Park neighborhood, where five precincts vote, Tlaib said.

Zion Chapel (3000 24th St., Detroit, MI 48216) is without electricity, and is running on a mini-generator. Poll workers are sharing a single flashlight, elevator is out of service, we need the power on ASAP! @DTE_Energy @freep @detroitnews @Local4News @FOX2News @wxyzdetroit

DTE reports about 20,000 of its customers remain without power following last night's storms, down from an initial 40,000. The utility says it's prioritizing the restoration of polling sites affected by the outages.

A Secretary of State spokesman says the Bureau of Elections sent out a reminder to clerks yesterday about how to deal with an outage. Elections officials are said to have recommended locating a generator.

Voting can still continue throughout the outage even if the tabulator’s battery runs down, SOS spokesman Fred Woodhams says. The precincts have paper voter lists and secure voter ballots that they can tally once power is restored, or hand count if need be.

If you or someone you know was turned away from a voting site today due to a power outage, please reach out to us by clicking here.