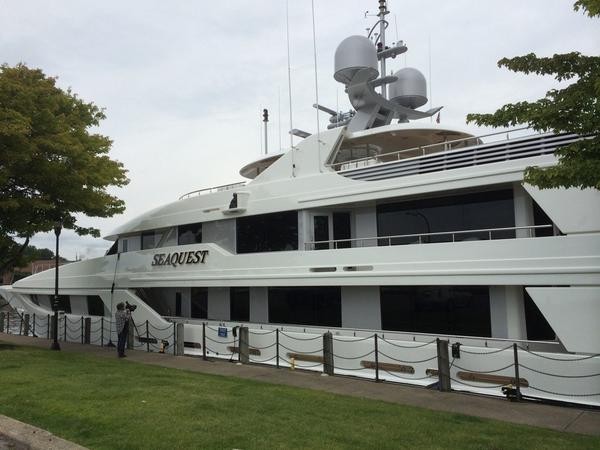 We all cheered when someone in Huron, Ohio untied a yacht belonging to the family of billionaire U.S. Secretary of Education Betsy DeVos. The $40 million yacht was set adrift in a marina, eventually leading to $10,000 in damage.

But as Newsweek notes, there's more to the story. The 164-foot yacht was flying the Cayman Island's flag when it was untethered in late July, and federal records show that the boat is registered to RDV International Marine, which is an affiliate of the company that controls the DeVos family’s fortune.

The Cayman Islands, of course, are a popular place for rich tax-dodgers to hide their wealth to avoid paying Uncle Sam. And Newsweek believes there's a financial motivation for the billionaire family to run under a foreign flag.

When buying a vessel or cruising in U.S. waters, American yacht owners like the DeVos family could face state sales or use taxes like those most non-yacht owners face on everything else. However, registering a yacht in a locale like the Caymans — under what has come to be known as a “flag of convenience” — allows those American yacht owners to effectively characterize themselves as foreigners for tax purposes, thereby avoiding the obligation of paying the standard levies.

"If you want to come in and use the waters of a given state of the United States, the question is how can you insulate yourself from getting hit for the use tax?" maritime attorney Michael T. Moore told Capital & Main. "The answer is: close and register offshore. If you close and register offshore, you aren't subject to either a sales or a use tax. You are simply visiting the United States, and you are visiting under a privilege that is granted to certain countries in the world under what is called a cruising permit. Those countries grant the privilege to U.S. flagged vessels, and the United States offers that reciprocal right to vessels flagged by those countries. In practice, it means the permit allows you to go from port to port in different states without having to officially make entry and pay taxes to the states of the ports you visit."

DeVos’s yacht is reportedly one of ten in the family’s fleet and is worth $40 million. If the vessel was registered in, say, Grand Rapids, Michigan—the state where RDV is located and that has in the past made an effort to compel yacht owners to pay use taxes—the Seaquest would likely be subject to Michigan’s 6 percent use tax. That would require the DeVos empire to cough up about $2.4 million: public revenues that help finance the kind of police services that the DeVos yacht crew called when the boat was untied. With the Cayman flag fluttering on its deck, the family can avoid the levy even as it cruises the Great Lakes.

Newsweek also notes that the boat isn't subjected to the same safety inspections and standards while sailing under a foreign flag.

However, none of this is anything particularly new as DeVos isn't the only one in the Trump administration using offshore havens to avoid paying taxes. Transportation Secretary Elaine Chao, Commerce Secretary Wilbur Ross, SEC Chairman Jay Clayton, and Federal Reserve board appointee Randal Quarles have all used the Cayman Islands or the Marshall Islands to hide their wealth.