Michigan man flees police in a canoe during marijuana raid 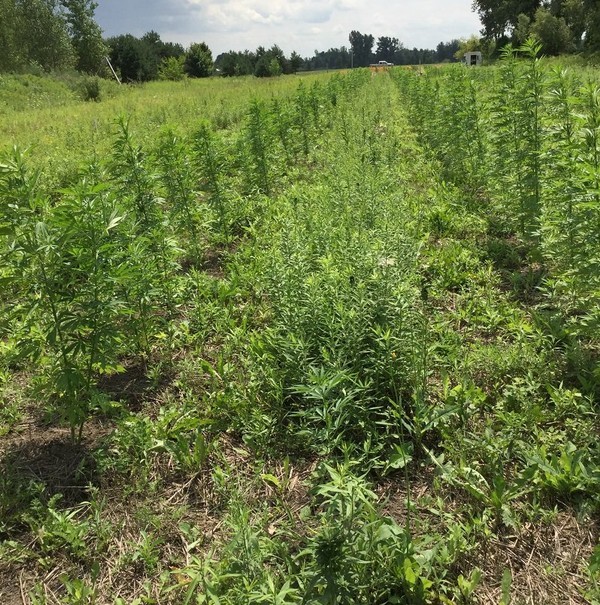 Police in western Michigan went on an unusual chase after raiding a large-scale marijuana operation in Elmer Township.

Personnel from the Sanilac Drug Task Force followed up on tips that marijuana plants were being grown in the area amongst crops, violating Michigan's medical marijuana laws. When police arrived before noon on Aug. 9 at the 2000 block of West Frenchline Road in Elmer Township, they found 60-year-old Hendrick J. Westers fleeing the grow site. Westers took to a canoe and paddled out into the middle of a pond located at the property in an attempt to evade police.

Eventually, Westers returned to shore to respond to police questioning. He told officers that the 700-plant operation was divided among five different sites. The Michigan Medical Marihuana Act allows caregivers to grow up to 12 plants per patient, not exceeding more than five patients per caregiver. Westers, who had never applied for any permits or licenses through the MMMA, far exceeded the limit of 72 plants permitted under the act.

According to The Bay City Times, Westers was arraigned in the Sanilac District Court on two counts of manufacturing or delivering 45 kilograms of marijuana, in addition to single counts of maintaining a drug house and assaulting, resisting, or obstructing police.

Westers released on bail and next due in court on Aug. 21.