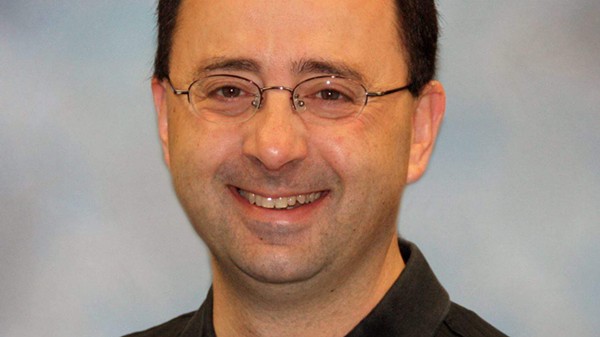 Ex-Michigan State University gymnastics coach Kathie Klages is being charged on two counts of lying to authorities related to her knowledge of sexual assault by Larry Nassar.

On Thursday, Special Independent Counsel Bill Forsyth announced that the Michigan Department of Attorney General charged Klages for previously claiming that she had not been aware of allegations of sexual abuse prior to 2016. However, according to witnesses and Nassar survivors, Klages had knowledge of the abuse dating back 20 years.

In January, former MSU gymnast Larissa  testified that she had told Klages about the abuse in 1997 – nearly 20 years before Nassar was charged with sexual assault. As reported by the Lansing State Journal, Broyles testified, "I told an adult. I told Michigan State University back in 1997."

That adult was Klages.

Klages is being charged with one felony and one misdemeanor for lying to a peace officer. She retired from Michigan State University in 2017.