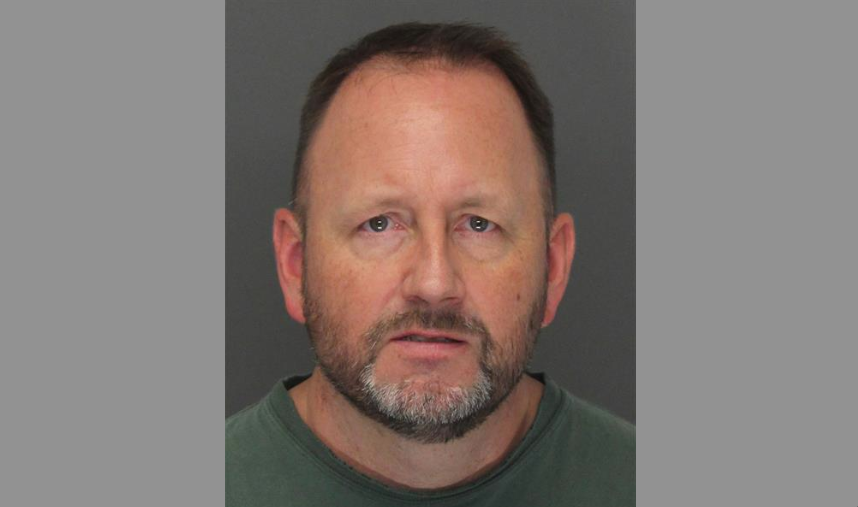 Mr. J, now 48 and living in Berkley, is facing charges of aggravated indecent exposure for the Aug. 21 incident.

The victim tried to confront Mr. J, but he hurried off, police said. The victim then followed him and confronted him in front of a witness.

The victim reported that the same thing had happened to him previously, but he was unable to identity the suspect at the time. Police say the shower curtains had previously been ripped out of the stalls by an unknown person.

Mr. J was most recently a teacher and the tennis coach at Royal Oak Middle School. When I had him, the school was called Addams. I don't remember there being a tennis team.

"Safety is our number one priority at Royal Oak Schools, and we will not tolerate any inappropriate conduct, including through text messages or social media," SI Mary Beth Fitzpatrick says in an emailed statement. "All such reports will be investigated thoroughly."

A former classmate of mine, Vern Drouillard, says Mr. J always reminded him of the comedian Louis CK, and in the years that followed his time in Mr. J's class, "Any time I'd see Louis CK I'd be reminded of him."