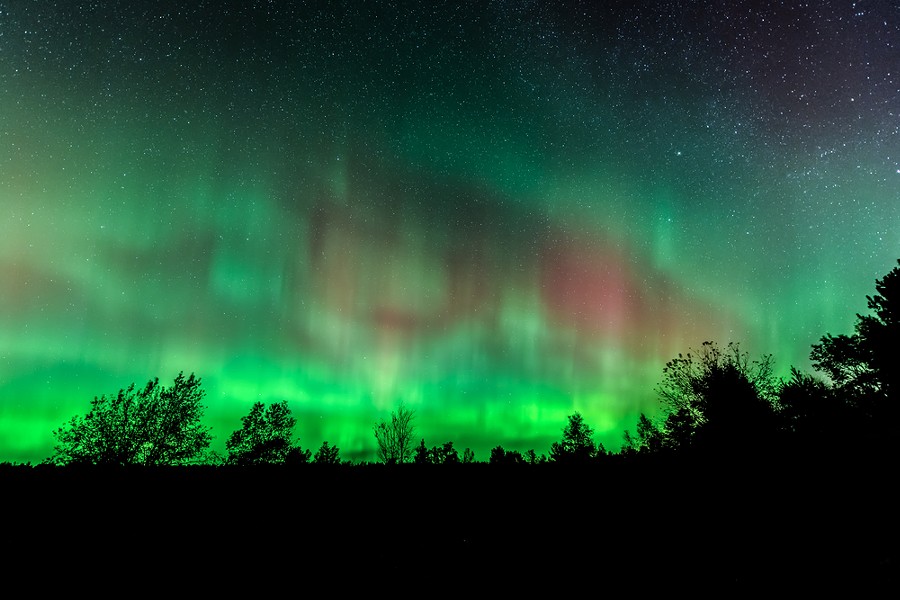 The collision of electrically charged molecules that send particles of plasma hurtling from the sun towards earth may sound terrifying, but hey, it sure looks pretty.


The U.S. government’s space weather bureau, the Space Weather Prediction Center, which really could have been named something much more exciting, has issued a “moderate” geomagnetic storm watch beginning on Monday, September 10 at 8:00 p.m.

The storm is expected to send a high-speed solar wind stream straight towards much of our fine state, but more importantly, there’s a chance it will fill Michigan’s night sky with the same elusive Northern Lights display.


“[National Oceanic and Atmospheric Administration] forecasters say there is an 80% chance of minor G1-class geomagnetic storms on Sept. 11th when a stream of solar wind is expected to hit Earth's magnetic field,” according to spaceweather.com. “There's a chance that the storm could intensify to category G2 (moderately strong).”


The storm watch will last for 48 hours, until Wednesday night, and covers almost the entire state.


“The coronal hole stream is predicted to reach Earth by late on September 10th,” according to solarham.net, which has provided real-time solar news since 2006. “Minor (G1) geomagnetic storming will be possible with a chance for an isolated period of Moderate (G2) storming.”

The lights appear in many different degrees and forms; it might be a hazy green wave hovering above, a burst of varying lights, glowing all at once, or even a dance of arches and rays fighting one another for space.

Keep your eyes on the sky! The Northern Lights, also known as the Aurora Borealis, may appear at any time over the next couple of days, but it is most likely to be visible when the sun goes down and the clouds clear out, so your chance might be tomorrow night.