Postpartum and behind bars, Siwatu-Salama Ra 'yearns for her children' 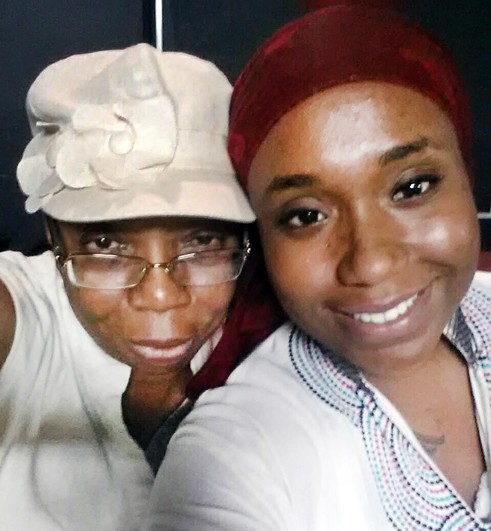 As the gears slowly grind on her appeal, Siwatu-Salama Ra waits in the Huron Valley Correctional Facility women's prison. Her mom, Rhonda Anderson, tells Metro Times that Ra in May gave birth to her son, Zakai Siklar Ra Muhammad, while in Michigan Department of Corrections' custody. Anderson describes him as a "healthy, beautiful baby."

"We were all so worried because during the last two months [of her pregnancy, Ra] was so depressed, she cried so much, and here's this beautiful boy who is just gorgeous and he smiles all the time," Anderson says.

Anderson and Ra regularly talk on the phone and Anderson says her daughter is "wiser than I ever could have imagined." That brings Anderson some comfort, but she adds that Ra is also "depressed and sad."

"She told me the other day — she said her body yearns for her children," Anderson says. "Her brain searches for them, and I've never heard anything like that. Her body and her brain — she just misses her children."

Detroit activist Siwatu-Salama Ra appeals questionable gun, assault conviction
By Tom Perkins
News Hits
Ra was sentenced on March 1 to a mandatory two-year sentence for felonious assault and felony firearm charges. The conviction stemmed from a July 2017 incident in which Ra brandished a registered, unloaded firearm to defend herself, her mother, and her 2-year-old daughter from an attack by a woman who repeatedly tried hitting them with a car. Michigan’s Stand Your Ground Law covers those acting in self-defense, but Detroit police, prosecutors, and a jury said Ra acted as the aggressor.

Ra was pregnant at the time of her sentencing and her attorneys requested that she be allowed to serve the sentence after she gave birth, or be allowed out on bond when Zakai was due. Wayne County Circuit Court Judge Thomas Hathaway denied those motions.

Anderson says Ra is grateful for the outpouring of support she's received. The case made national headlines, and Anderson says there have been rallies in support of her as far away as San Francisco. When Anderson's eldest daughter recently visited California, she found a "Free Siwatu" poster hanging on the wall of her hostel.

Outside of prison, Anderson struggles with the fact that Ra is serving time for protecting her — "it makes me feel a different way," Anderson says.

"I can't be no better than she is," Anderson adds. "She tells me a hundred times, 'I want [to] go home, I've got to get out of here.' We talk about being innocent and how the hell she can end up in that place when she's innocent."

But Anderson says she appreciates those who have been supportive of her and the family, including the Sierra Club, where she works.

Ra is also anxious over the appeal. When her previous attorneys last asked Hathaway to allow Ra to go home to give birth, the family planned a celebration to welcome her, but Hathaway didn't release Ra.

"We put up decorations and the decorations are still up," Anderson says. "We won't take them down because maybe it will seem like we're giving up."