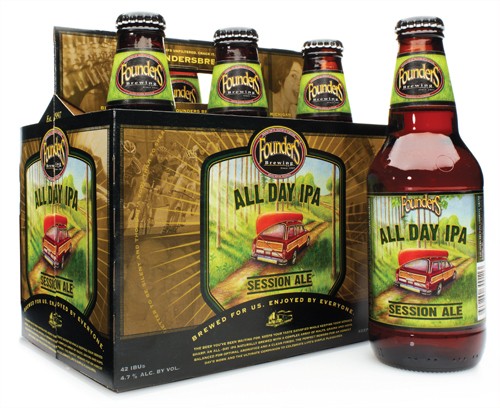 Founders Brewing Company is the latest — and largest — business to leave the Grand Rapids Chamber of Commerce after its endorsement of Republican gubernatorial candidate and attorney general Bill Schuette.

In a tweet posted yesterday announcing the termination of its membership with the chamber, Founders said "We stand with our LGBT Community and ask that the GRChamber reverse their decision."

A Grand Rapids restaurant and a marketing and design firm also reportedly left the chamber after it announced its support for Schuette Monday.

Founders quoted a tweet from the Grand Rapids Pride Center that may explain its rationale. In the statement, the group expresses its disappointment with the chamber's choice, calling out Schuette's legal opinion that the state's civil rights law doesn't shield LGBTQ people from discrimination.

"Earlier this year, the Michigan Civil Rights Commission ruled that our state cannot discriminate based on sexual orientation," the pride center wrote. "In response, Bill Schuette communicated his dissent regarding these protections and stated he did not think civil rights protections should extend to the LGBTQ community."

As attorney general, Schuette also unsuccessfully fought Michigan’s ban on same-sex marriage, spending taxpayer dollars as the case made its way up to the U.S. Supreme Court.

In a statement issued yesterday in response to the GR Chamber fiasco, Schuette reportedly said, "Michigan must be a place where we grow our recovering economy and we ensure there is no room for discrimination of any kind, because all people must be treated with dignity, grace and respect."

And then, he blew a dog whistle: "We will work together to protect everyone, including employment protections and religious liberties."