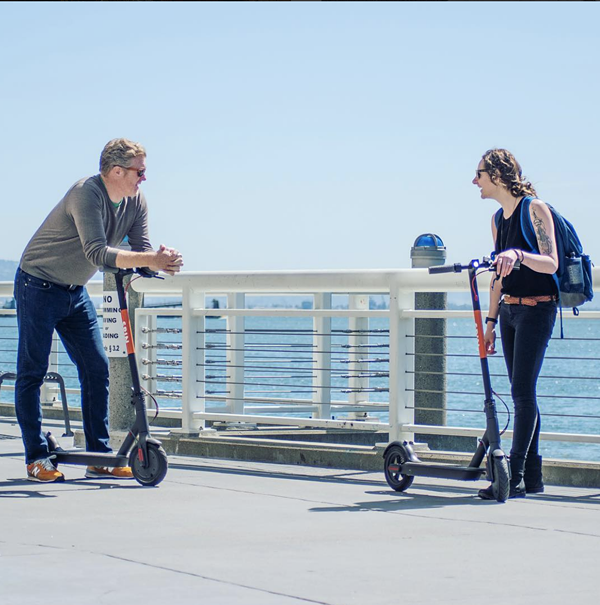 "The new big 3... Bird, Lime, and Spin," Reddit user in response to the scooter news, illuminating the question on everyone's minds: Does Detroit really need hundreds of scooters? Probably not. But Spin wants in.

What sets Spin apart from Bird or Lime? Well, nothing really. Other than its color scheme of black and orange, Spin provides essentially the same service as its competitors. However, the company plans to take a more strategic approach to its Detroit launch, specifically that they are not going to dump hundreds of scooters overnight as Bird and Lime did.

Spin communications consultant, Ariella Steinhorn, told Crain's that the company is being more strategic in its deployment by working with government and community organizations such as the Detroit Greenways Coalition, to better understand mobility needs in the city.

"We're excited to increase first- and last-mile connections across Detroit, provide affordable transportation to underserved neighborhoods, and create job opportunities for members of the community," Steinhorn told Crain's via email.

Steinhorn confirmed that the company is planning to distribute 300 Spin scooters throughout Detroit as the city has recently limited each company to just 300 scooters each. Spin has not announced an official release date but considering that both Bird and Lime launched their Detroit pilot programs during peak scooting season and all three startups originated on the West Coast where winter is not a threat to scooter transportation, a fall launch might mean a short-lived run for Spin's Detroit debut.

“All Lime products (scooters, bikes, and electric bikes) are built to withstand the toughest weather conditions, including snow and rain,” a Lime spokesperson told Inverse when asked about scooter's survival in Chicago during winter. “We don’t see it being an issue."

However, when the Detroit Free Press the same concern to a Bird representative shortly after its launch, they said that the scooters would likely migrate away from the city during the harsh winter months but the company is looking into how to "ruggedize" their "flock" so they can be made available all year long.

Unless Spin is looking to outfit their scooters with snowmobile tracks, the timing might jeopardize their roll out.