More than 1,650 pounds of marijuana have been seized at Michigan-Canadian border 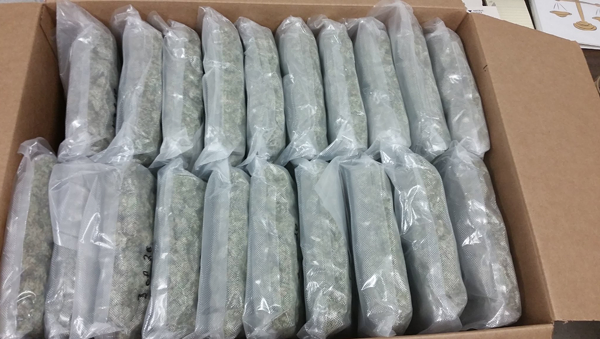 Don't attempt to mail your cannabis crop across the border, because the feds are on the prowl.

Today, the U.S. Customs and Border Protection released a statement revealing that more than 1,650 pounds of marijuana have been seized at the Blue Water Bridge in the past five weeks. The first seizure at the Michigan-Canadian border in Port Huron occurred on Aug. 28 when border protection officers discovered a Canadian tractor-trailer carrying 14 concealed packages of marijuana totaling more than 300 pounds.

In the ten days that followed the initial seizure, officers intercepted 63 more concealed packages of marijuana equaling a total weight of more than 1,300 pounds. According to the CBP, the illegal cargo was being shipped through the mail system, something that is common in the marijuana drug trade. In Canada, mailing medical marijuana has long been in practice to serve medical marijuana patients unable to meet with caregivers directly. All of the drivers attempting to cross the border were Canadian citizens who were released along with their trucks.

These seizures occurred mere weeks before Canada will federally legalize recreational marijuana on Oct. 17. Last month, executive assistant commissioner for the U.S. Office for Field Operations, Todd Owen, told Politico that the U.S. Border and Protection agency will continue to uphold the strict federal ban on marijuana for individuals crossing the border from Canada.