The landscape of downtown Detroit is ever-changing. Buildings that just a few years ago were disused and dilapidated are finding new use as investment and development strikes in the city's core.

Now, thanks to a 3D downtown development map, you can see 25 major development projects currently underway in the Motor City. Although many people are already aware of massive new development projects like the Hudson's site tower (which will be Detroit's tallest skyscraper), the 3D map also gives users a peek at other projects they may not have noticed yet. 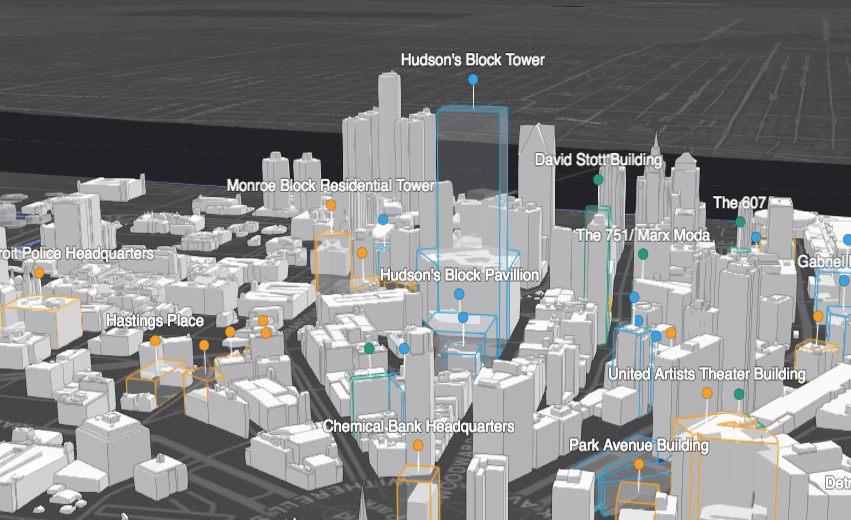 Such highlights include the redevelopment of the Standard Savings and Loan building on Jefferson Ave., which will soon be turned into 50,000 square foot Church of Scientology. Or the Metropolitan Building on John R Street, which is currently being rehabbed into Element Hotel, a 110-room hotel that is being branded as Detroit's first extended-stay hotel.

Navigating specific buildings allows users to read up on the projects and their uses, as well as learn about building's former inhabitants. The map is also broken down into three colors: green denotes recently finished projects, blue signifies buildings currently under construction, while orange outlines new construction projects.

To explore for yourself, you can head to Downtown Detroit Partnership site to see the full map.