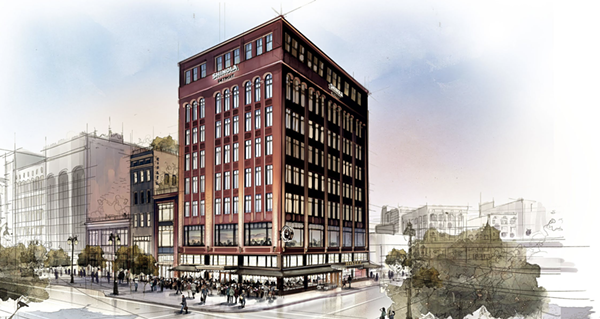 His New York-based NoHo Hospitality Group is also planning a beer hall and craft cocktail bar in the 130-room boutique hotel, which is targeting a  December launch at Woodward and Grand River avenues.

The 3,700-square-foot San Morello will be an "urban Italian neighborhood restaurant," Crain's reports, while Brakeman — a beer hall focused on Midwest beers and bar games — will occupy another 5,500 square feet.

The 800-square-foot Evening Bar will be a Detroit outpost of the NoHo-operated New York City craft cocktail and small plates concept of the same name.