Quicken Loans has had a formidable presence in Detroit since the mortgage lending company first made the move downtown in 2010. Now, billionaire Dan Gilbert has his eyes on downtown Windsor.

A building in Windsor's mostly shuttered downtown district is currently being renovated with the goal of creating a micro-office of software engineers and tech talent to help facilitate the company's Detroit operations, The Windsor Star reports. Quicken Loans expects to bring 50 employees to the two-story, 9,000 square foot space located at the intersection of Chatham and Ferry Street. The building, which originally opened as an auto showroom in 1912, was purchased by local developers last year for 1.6 million and has recently begun renovations. 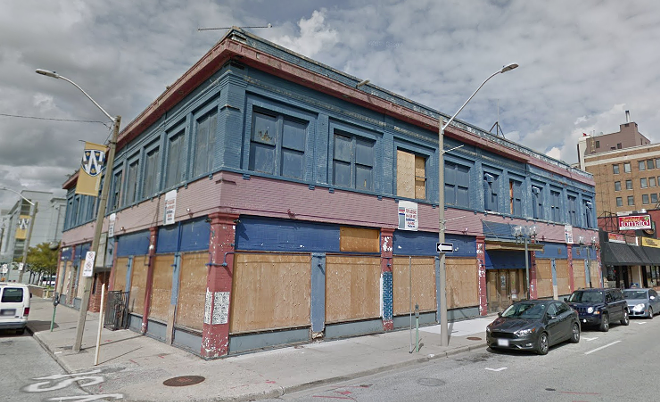 The office in Windsor hopes to attract more emerging technology talent from Toronto and the rest of Ontario. Quicken Loans has indicated that there is the possibility that the Windsor office may grow to 100 employees in the future.

“As Quicken Loans continues to grow and set the standard for innovation, we remain focused on recruiting additional technology talent to our brain force," says Quicken Loans CEO Jay Farner. "With our headquarters located in downtown Detroit, we have a tremendous opportunity to tap into the rich technology pipeline both stateside and in Canada.”