Hamtramck will soon break ground on its first archaeological dig 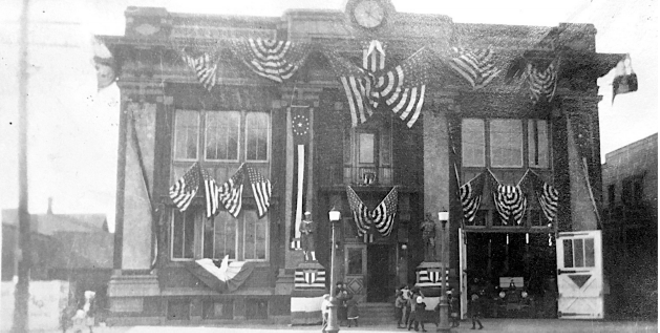 The Old Hamtramck Center has long been the historical epicenter for the city of Hamtramck. Now, the center can boast that it is telling the city’s story through a new outlet: an archaeology site.

Dr. Krysta Ryzewski, an associate professor of anthropology at Wayne State, is currently leading a team of Wayne State students in an excavation of the old village hall in Hamtramck to uncover any city secrets it might hold. The village hall, which was built in 1915 and demolished decades ago, once housed the town police and fire departments, municipal buildings, and the Nut House bar that became popular following Prohibition.

But Ryzewski says that the team is also digging through additional buildings that once stood at the site, including two private homes on Alice Street and a shop that once sold tin.

“This site is particularly important because of the variety of buildings that were there originally,” says Greg Kowalski, the chairman of the Hamtramck Historical Museum. “You have a real cross-section of the history of Hamtramck here.”

The team, which has been working on the project since early September, is studying the Hamtramck site to formally determine what buildings used to stand there and what function they served.

“There are a lot of artifacts that relate to the activities that took place at each of these buildings,” said Ryzewski. “We have found pottery fragments, plates and bowls, different types of medicine and alcohol bottles, and shells and beads that went on clothing.”

Ryzewski previously worked on another architectural project called Unearthing Detroit, where she led a study of collections dating back to when Europeans first arrived in Detroit in 1701. Ryzewski has also led the archeological digs at Roosevelt Park every other year since 2012, where she has helped to recover over 30,000 artifacts from 16 different properties. Just this summer, a team also led by Wayne State University professors uncovered more than 6,000 remnants of household objects from a worker rows’ house in Corktown that was built in 1849.

“There are several dozen archeological sites in Detroit that are well-preserved from the historical period, and archaeologists at Wayne State have been doing research in Detroit since the late 1950s,” says Ryzewski. “Detroit is such a big city and there’s a lot of buried history here.”

The ongoing project is the first comprehensive archeological dig in Hamtramck. There was some digging at the old Dodge Main factory after it was demolished in 1981, but Kowalski says describing it as “archaeological” would be doing an injustice to Dr. Ryzewski and her team.

“The current one is the first real archeological dig,” said Kowalski. “Everything is documented, everything is measured out, looked at very closely and done in a scientific way.”

“When you find these artifacts it gives you an insight into what life was like for people back then,” said Kowalski. “Every little item you find is a little insight into life back then.”

The team is working on site through mid-November and will present their findings at the Hamtramck Historical Museum on December 10.

Lucas Maiman is a fall editorial intern at Metro Times