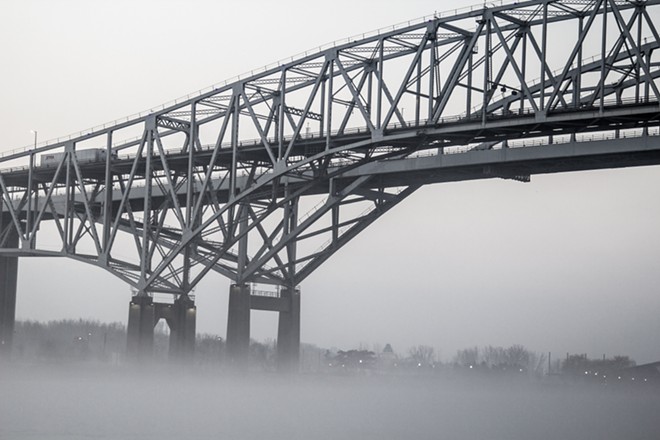 The Blue Water Bridge in Port Huron has scaled up its endeavors to clamp down on narcotics passing through the Michigan-Canadian border.

On Sunday, the Customs and Border Protection Office of Field Operations arrested a Canadian citizen smuggling over 280 pounds worth of cocaine in a shipment of berries. According to the CBP, the individual was selected for a routine enforcement exam. During the interview and the x-ray examination of the commercial shipment, border agents discovered approximately four boxes containing packages wrapped in plastic that tested positive for cocaine properties.

The commercial truck driver, Dario Grujic of Guelph, Ontario, picked up the shipment of Mexican-origin in Texas before heading north to transport the shipment into Canada. According to CBP records, Grujic has crossed the border into the U.S. 25 times in the past six months in the same truck. Grujic most recently crossed the border through Port Huron on Oct. 15, the Detroit Free Press reports.

Related More than 1,650 pounds of marijuana have been seized at Michigan-Canadian border

More than 1,650 pounds of marijuana have been seized at Michigan-Canadian border
By Devin Culham
News Hits
“This arrest demonstrates the continued effort by our officers, their dedication to our border security mission and the focus on the export of illicit narcotics,” said Port Director Michael Fox in a statement.

This latest arrest comes after CBP officers seized more than 1,650 pounds of marijuana at the Port Huron-Ontario border earlier this fall.