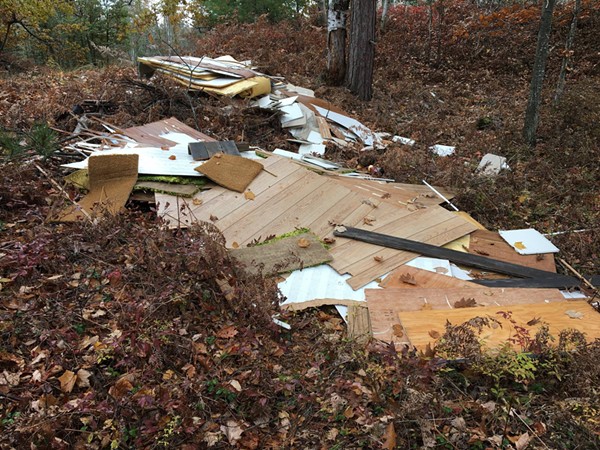 Park rangers at Sleeping Bear are seeking information to find the culprit of the dumping. In late October, rangers cleaned up the three truckloads of trash near Boekeloo Road in Benzie County at the park, which has been nationally recognized for its pristine dune formations

Park officials took to Facebook to share photos of the junk, which appears to include wood paneling and other construction debris. Chief Phil Akers told the Free Press it was the largest amount of trash he has seen at Sleeping Bear since he started there in 2011.

Sleeping Bear Dunes runs along the northwest coast of the Lower Peninsula of Michigan in Benzie and Leelanau counties, and is one of just four parks recognized as a national lakeshore by the US National Park Service.
In 2011, Good Morning America declared Sleeping Bear "The Most Beautiful Place in America,” and last year, National Geographic named the area one of the top 21 beaches on the planet.

"It is peaceful and serene, a place for gazing out into the world, night or day, and realizing that the universe is truly a magical, majestic mystery, and humans are just a very small part of it all," wrote Jim Madole of Grand Rapids in his submission to Good Morning America.

"Here at Sleeping Bear, I sit in awe and wonder at the perfection of Mother Nature."

Anyone with information is asked to contact chief ranger Phil Akers at 231-326-4740 or by email at phil_akers@nps.gov.