'Nobody is Above the Law' Trump protests planned Thursday 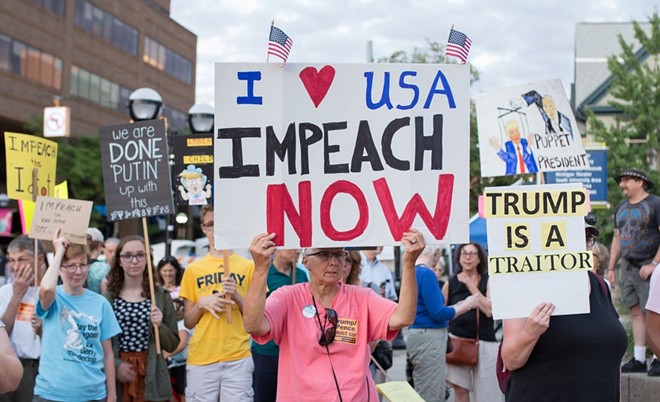 Nationwide protests, including several in metro Detroit, are planned Thursday following President Donald Trump's decision to install a loyalist to oversee the Russia investigation. The protests will be held at 5 p.m. in Detroit, Ferndale, Troy, Ann Arbor, Southgate, and Westland.

On Wednesday, Trump forced Attorney General Jeff Sessions to resign, replacing him with AG Chief of Staff Matthew G. Whitaker — a crony who has publicly criticized special counsel Robert Mueller's investigation into Russian meddling of U.S. elections. That now puts the investigation under Whitaker's control and into possible jeopardy, prompting concerns Whitaker could shut it down or obstruct it.

For MoveOn, that possibility has long been considered a red line, and the group has organized numerous "Nobody is Above the Law" public demonstrations in the case of such an event. Those include:

The full list of protests can be found at moveon.org.