After spending about eight months in prison, Detroit activist Siwatu-Salama Ra is home and settling in with her 6-month-old son, Zakai Siklar Ra Muhammad, who she gave birth to while incarcerated at the Huron Valley Correctional Facility.

Ra was released on bond last week, marking the start of the latest chapter in her ongoing legal saga. On Monday, we spoke with the 27-year-old over the phone, discussing the joy of her new baby, the inhumanity involved in forcing women to give birth in prison, what the community's support has meant, and more.

Ra was sentenced on March 1 to a mandatory two-year sentence for felonious assault and felony firearm charges. The conviction stemmed from a July 2017 incident in which Ra brandished a registered, unloaded firearm to defend herself, her mother, and her 2-year-old daughter from an attack by a woman who repeatedly tried hitting them with a car. Michigan’s Stand Your Ground Law covers those acting in self-defense, but Detroit police, prosecutors, and a jury claimed Ra acted as the aggressor. The case is raising questions about how race factors into enforcement of the state's gun laws, and whether minimum sentencing guidelines make sense.

Ra's appealing the verdict, and last week she was released from prison on bond while her appeal works its way through the court system. She couldn't speak specifically about the ongoing legal case.

Metro Times: How did having such a high level of community support factor into the case?

Siwatu-Salama Ra: Having people's love and support meant everything. If I didn't have it, then I wouldn't be out on bond right now. My story would just be another story, unheard. ... So that's what got me my freedom.

so many people just like me, but the only thing that may be different is that I'm an activist, a community organizer, and people know me for who I am, and not just for what this verdict says. Having a community that says, "We know this woman, we know what she's about. We love her." ... They were able to identify me, my true identity versus what the system was painting me as.

Like, I just never expected you know? There were so many people like, "We family, this is your community ... so why wouldn't we come to your aid?" And that's what I said during sentencing when my community packed the courtroom ... to kind of let Judge Hathaway know we are a community, we are watching what you do in the courtroom, and we support her. I think that it did play some kind of part with Judge Hathaway.

So, yeah, the love and support of my community what got me my freedom right now, so I'm just filled off that.

MT: Can you talk about your thoughts during the moment when the verdict came down?

Ra: My heart dropped to my feet. Like I was totally shocked. I was so confused. I immediately had a panic attack. I felt like my life was over, and my next thought was, "My children." And that's what I kept saying: "Oh, my babies, my babies, my babies."

You know, here I am seven months pregnant and I had never been away from [Ra's daughter] Zala before, so of course my mind went straight to my children and my family, and it was very scary. ... Imagine the feeling of jumping out of a plane without a parachute, like the way your stomach feels and your heart is racing. I remember having to sit down ... and I was so confused but not able to control myself, and I just screamed. It was the most traumatic thing — all of it was traumatic — but that was the moment where everything in my life changed forever.

How a flawed criminal justice system put a pregnant Detroit activist behind bars
By Tom Perkins
News Hits
MT: As much as you're comfortable, can you talk about the experience of having a baby in custody?

Ra: Talking about my birth story is really hard for me, and it takes me to a very hard place, but I will say that giving birth in prison is, for any woman — any woman that gives birth in prison — it's something that she will have to heal from for the rest of her life. That's going to be one of the most traumatic and unnatural things that she will ever experience.

Ra: Zakai is doing good. Oh, he's a big boy now. He's like super and cute, he's so sweet. You know, I spent so much time during my pregnancy angry, upset, confused, and sad that I thought that I was going to give birth to a baby that was going to be angry and upset because that's how I spent most of my pregnancy — just feeling upset, so angry. But he came out and he was the absolute sweetest baby boy. He has the cutest smile. He's healthy and I'm blessed with a beautiful baby boy and girl.

MT: Can you talk about some of the positives relationships you made in prison?

There's a few of them that I'm still in contact with. ... One of them just called me. She wrote some of the poetry ... when I was on the inside and we were doing creative writing. She had gone through a really hard custody battle, and she just said, "Siwatu, I'm just so happy you're out of here, but please promise me that you'll help me get my baby home." That's something that you see a lot inside . I was fortunate to have Zakai go home to family, but a lot of women there who had their babies — the babies end up in the foster care system and become wards of the state.

MT: How do you feel about the direction that the case is headed?

Ra: Well, I'm not going to talk too much about it, but I will say that I'm so appreciative that somewhere in the system somebody looked at this and said, "Whoa, whoa, what is this? Like, how did this happen?"

Stay tuned for details on a community celebration with Siwatu. For those interested in helping, there's an ongoing fundraiser at freesiwatu.org. 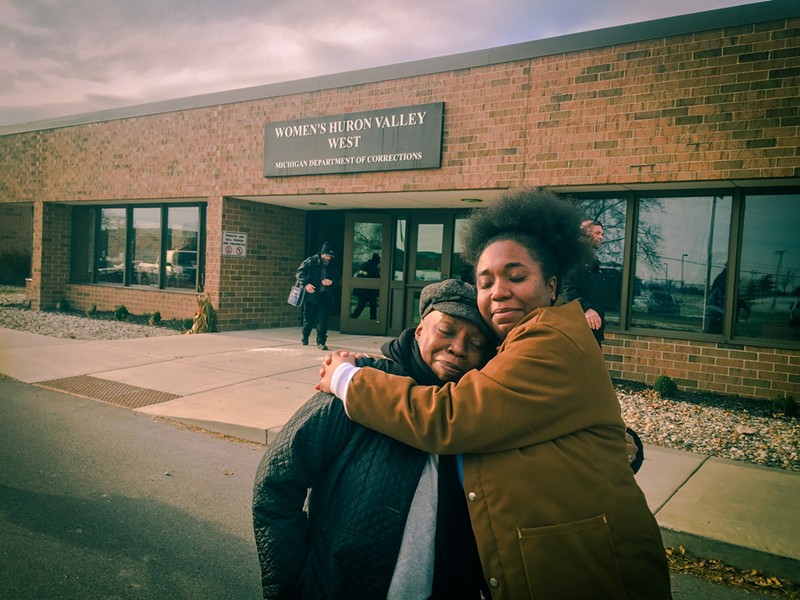