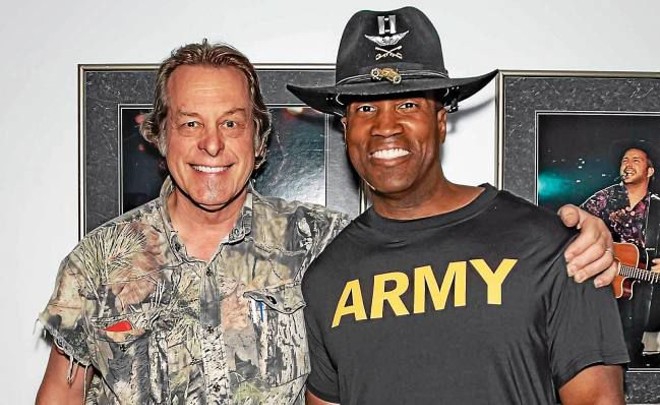 Bloomberg News reports that two sources familiar with the matter told the outlet that James and the ambassadors to Germany, Canada, and France are all under consideration.

James is an odd case, to put it mildly. He's a black Republican who took campaign money from white supremacists, and featured a swastika in an October campaign commercial. James claims the swastika was an accident and he previously never responded to Metro Times' requests for comment about the campaign contribution. Regardless, with the white supremacist ties, he'd fit right in with the Trump administration.

James, 37, is a Farmington Hills businessman with no apparent relevant diplomatic experience. Sen. Stabenow defeated him 52-46 in the Nov. 6 election, which Republicans claim is a strong showing. However, it's about the same margin by which Dems defeated Republicans in the popular vote statewide, which suggests that there's really nothing special about James' campaign.