Endangered wolves found trapped in footholds in the U.P., one found fatally shot 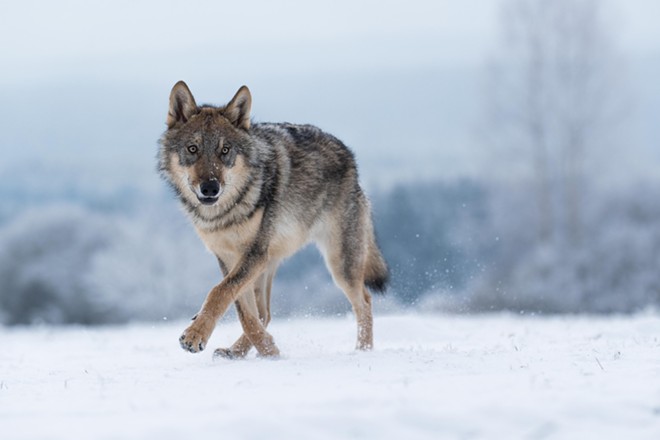 Officials from the Michigan Department of Natural Resources (DNR) have filed reports detailing an incident in which three wolves were found caught in foothold traps in the Upper Peninsula. Officials freed two of the but found the third wolf fatally shot in the head.

According to the DNR report, a local trapper in the eastern Upper Peninsula informed conservation officer Robert Freeborn that he had accidentally caught two wolves in his foothold traps. When Freeborn and a DNR biologist went to find the wolves, they found the first wolf in the trap, but dead from the gunshot. The second wolf was unharmed.

The third wolf was found trapped in the western half of the Upper Peninsula by conservation officer Brett DeLonge and a DNR biologist. The wolf was freed without incident.

In 2014, all wolves in Michigan, Minnesota Wisconsin became a federally-protected species under the U.S. Endangered Species Act. A survey taken by the DNR last winter determined that Michigan was home to 662 wolves, one of the larger state wolf populations in the country. Fifteen more wolf packs have been counted this year than in 2016.

According to MLive, the DNR is currently investigating the first wolf's death, and are considering it a case of poaching.