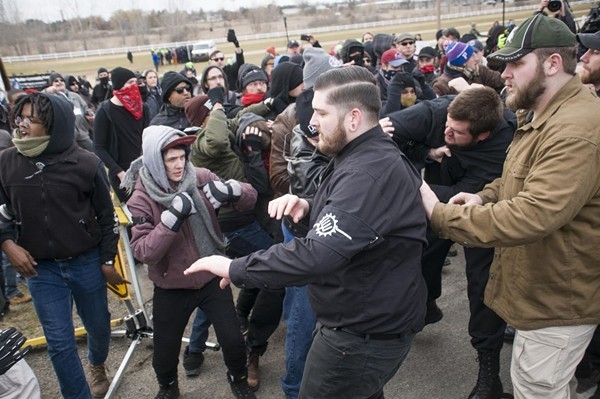 It isn't your imagination — under President Trump, the United States has seen a surge in violent extremist activity. A new Anti-Defamation League study reveals Michigan is among the states that  seen an increase in , white supremacist incidents.

The Anti-Defamation League's Center on Extremism report shows that Michigan saw 69 reported incidents statewide in 2017 and 2018, a sharp increase from the 20 incidents between 2002 and 2016.

It also found an estimated 3,783 extremist and anti-Semitic incidents committed nationally in 2017 and 2018, as well as the highest percentage of right-wing extremist-related killings since 2012. The study also revealed that right-wing extremists killed more people in the U.S. in 2018 than in any year since the Oklahoma City bombing in 1995, which killed 168 people.

The map compiles news and media reports, government documents, police and victim reports, as well as extremist-related sources and investigations conducted by the Center on Extremism.

Of Michigan's 69 incidents, 38 were considered white supremacist propaganda, meaning, the distribution of flyers, stickers, banners, and other materials. An estimated 28 anti-Semitic incidents took place ranging from harassment to vandalism. Three white supremacist events took place over last year, including a clash between neo-nazi Richard Spencer, Antifa, and bystanders during a speech at Michigan State University.

The only extremist murder that took place last year was in Camden and committed by a , anti-government shooter, Joshua Daniel Miller, who killed his ex-wife's partner.

The full study, including the map, can be found here.