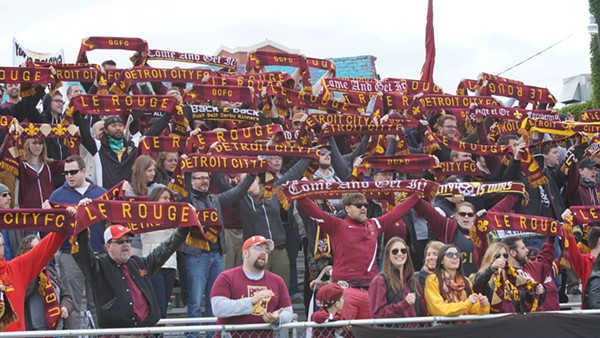 When Detroit City FC faces off with MSU’s soccer team on the international day of marijuana, the normally raucous supporter section might find itself somewhat languid.

DCFC will host the Michigan State men’s soccer team in a preseason friendly on April 20. The game will start at 5 p.m., at the site of the Detroit Police Athletic League and former Tiger’s Stadium, The Corner Ballpark in Corktown.


I love you spartans but let’s smoke the Green!


“Since our very beginning, we’ve always had strong ties to Michigan State’s soccer program and have a huge amount respect for the staff and players,” said DCFC CEO Sean Mann in a statement. “Coming off their historic 2018 campaign, we’re looking forward to an entertaining match against the Spartans at a great new Detroit facility.”


Last year, MSU’s soccer team made it to the top college soccer tournament, the College Cup, for the first time since 1968.


DCFC’s 2019 season is set to be a big one. They will join a new league, an 11-team professional offshoot of the National Premier Soccer League, for its inaugural season, facing off against Miami FC on Aug. 10 to kick the season off.


Admission for the match against MSU is $5. Tickets will be released at a later date.