MI could benefit from huge public-lands bill in U.S. House 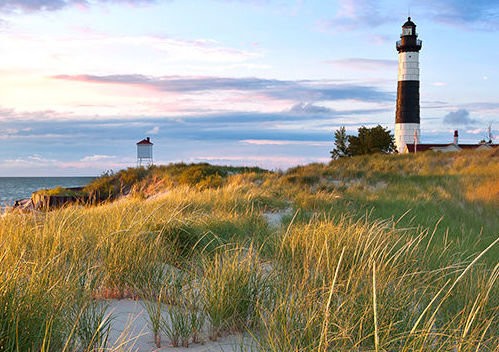 Hundreds of Michigan parks, beaches, campgrounds, piers, public pools wilderness areas have been created or improved through the Land and Water Conservation Fund. The program could be extended permanently if a huge public-lands package in Congress becomes law.

The Natural Resources Management Act already passed the Senate overwhelmingly and is expected to get a vote in the House next week.

Over more than 50 years, Michigan has received $329 million in funding from the LWCF. Jason Meekhof, Upper Great Lakes chapter coordinator for Backcountry Hunters and Anglers, said the program touches every Michigander.

"We all spend our summers in some way connected to the water, whether it's on a boat, or going to the beach. Fall is oftentimes filled with hunting and angling. The outdoors is one of the reasons you live in Michigan," he said. "LWCF helps to make sure that that is available for everyone."

Congress let the fund lapse in September. It spends no taxpayer dollars, using revenues from offshore oil and gas leases in federal waters. Many of the most popular parks in Michigan have benefited, including Petoskey, Holland Ludington state parks.

Since its inception, the fund has directed $8.2 billion to support public lands nationwide. Tracy Stone-Manning, the National Wildlife Federation's vice president for public lands, noted that this is a bipartisan issue since everyone wants to preserve the nation's heritage.

"You can argue, rightfully, that our country would look really different if we hadn't had this program," she said, "if, 50 years ago, Congress didn't have enough foresight to say, 'Hey, hold on a second. We need to make sure that Americans get outside and enjoy the outdoors.' And that has made our country a better place."

The bill also aims to support the thriving outdoor-recreation economy, which in Michigan generates more than $26 billion a year and supports 232,000 jobs.