R. Kelly under investigation in Detroit for the alleged rape of a 13-year-old girl 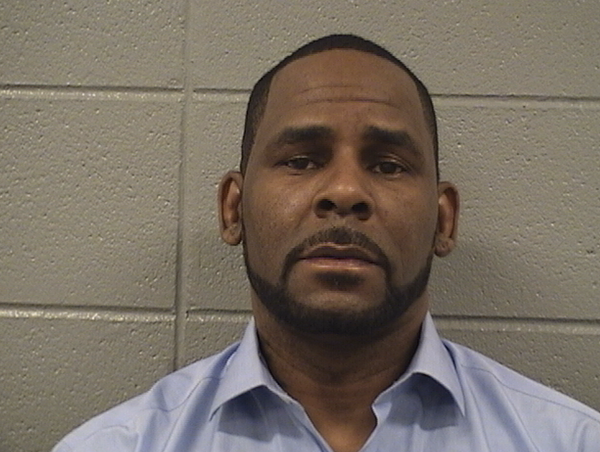 Singer R. Kelly is now under investigation for sexual misconduct in three cities, now including Detroit, where Kelly is alleged to have sex with a 13-year-old girl in 2001.

CBS 2 Chicago reports that a woman has come forward with claims that Kelly had given her herpes at 17 and that he had sex with her in a Detroit hotel and recording studio when she was just 13 years old. She also says that she made several visits to Kelly's Atlanta home, the same estate where he is alleged to have entrapped young women in what has been called an abusive sex cult.

Detroit Police Chief James Craig issued a statement to the Free Press that the department is aware of the allegations and is actively pursuing contact with the woman, now 30, who lives out of state.

"Based on the information received we have made several attempts to follow up with the victim," Craig says. "We have reached out, at the direction of the victim, to her lawyer and we are eagerly waiting to speak to her concerning the allegations. Right now, we have not made contact with her."

This is not the first time Detroit and Kelly, 52, shared a headline. Long before Kelly would famously face 14 counts of child pornography charges in 2008 (of which he was acquitted), the singer, then 27, secretly married Detroit native Aaliyah in 1994 when she was just 15 years old. Shortly after the marriage, he produced Aaliyah's Age Ain't Nothing But a Number.

Related Why Detroit's radio stations may not choose to mute R. Kelly — at least not out loud

Why Detroit's radio stations may not choose to mute R. Kelly — at least not out loud
By Jerilyn Jordan
Local News
Detroit filmmaker dream produced the harrowing docu-series Surviving R. Kelly, which aired in January. The series interviewed more than 50 people ranging from victims of Kelly's abuse, his ex-wife (who echoed the experiences of some of his teenage victims), as well as his personal staff, family members, and other individuals within his inner circle.

A segment of the documentary focuses on #MuteRKelly — a radio boycott campaign started by Atlanta arts administrator Oronike Odelay. One of the movement's largest protests, also featured in the documentary, was that outside of Kelly's nearly sold-out 2018 performance at Little Caesars Arena. The LCA protest, lead by Detroit activist Kalimah Johnson.

The Detroit investigation follows an explosive interview with CBS This Morning, his first since being indicted on 10 counts of sexual misconduct in Chicago last month. Kelly sat down with Gayle King to address the fallout from the allegations posed in Surviving R. Kelly.

"I have been assassinated," Kelly told King in response to feeling as though he has been convicted by social media before alleging that his victims are seeking fame and book deals.

"I didn't do this stuff, this isn't me," Kelly said, before taking to his feet in a theatrical, and at times unintelligible, plea. "I'm fighting for my life," Kelly screams. "Y'all killing me with this shit. Thirty years of my career and you're trying to kill me."

Shortly after the interview aired, Kelly was arrested for failing to pay $161,000 in child support to ex-wife Andrea Kelly with whom he shares three children. He proposed a payment plan but is currently being held in Cook County until the full amount is paid.