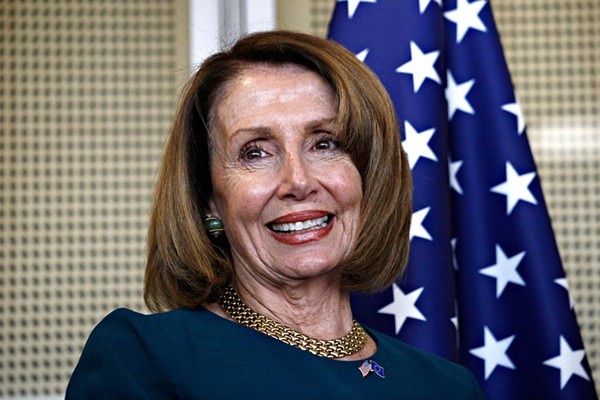 A few days after Detroit Rep. Rashida Tlaib announced she planned to move forward with a resolution to impeach Donald Trump, House Speaker Nancy Pelosi told a Washington Post reporter that impeachment isn't yet an option.

Tlaib caused a controversy in December after telling supporters that Democrats who were about to take control of the House were going to "impeach the motherfucker."

But Pelosi — the House's top Democrat, who effectively controls which legislation Democrats introduce — is killing that idea.

“I’m not for impeachment,” Pelosi said in the Monday interview. “Impeachment is so divisive to the country that unless there’s something so compelling and overwhelming and bipartisan, I don’t think we should go down that path, because it divides the country. He’s just not worth it.”

The findings of Special Counsel Robert Mueller's investigation into possible collusion between Russia and the Trump capain could change that, but Pelosi is setting the bar much higher than what some on the left find reasonable.

Is defending our legal system “worth it?"

Is holding the President accountable “worth it?"

Is doing what’s right "worth it?"

Or shall America just stop fighting for our principles and do what's politically convenient?https://t.co/dQqTMpccnZ


Pelosi has said she plans to kill or has mocked some of the Democrats' most popular ideas. Keep this in mind next time she gives a sarcastic clap at a State of the Union address.