MI voices waiting to be heard on World Water Day 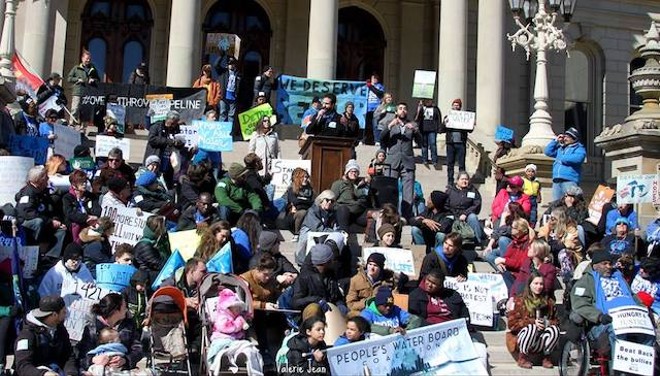 DETROIT - Michiganders plan to come out and show their support for the right to clean drinking water.

Shannon Abbott, president of Grand Rapids Water Protectors and vice president of Michigan Citizens for Water Conservation, says a number of battles over water are going on across the state, including fights against chemical contamination and keeping water affordable.

Abbott notes that low-income communities and people of color face the brunt of these battles.

"Their voices, as many people as stay active and try to make their voices be heard, they're not taken seriously, unfortunately," she states.

Abbott says people in Flint still are dealing with the city's water crisis from 2014, and that some people still don't have clean water.

Groups are holding an event at the Charles H. Wright Museum of African American History in Detroit on Friday starting at 4 p.m.

Advocates for clean water rallied in Lansing on Wednesday.

Abbott says Michigan residents, especially in the western part of the state, are dealing with industrial pollution and a contaminant known as PFAS, which can cause serious health effects.

"That's something that we should all be pressuring our lawmakers to act on - setting critical standards around chemical contamination and what companies are able to work with and around in those standards as well," she states.

The theme for this year's World Water Day is "leaving no one behind" to draw attention to water issues for refugees.

Michigan has accepted some of the highest numbers of refugees in the nation in recent years.