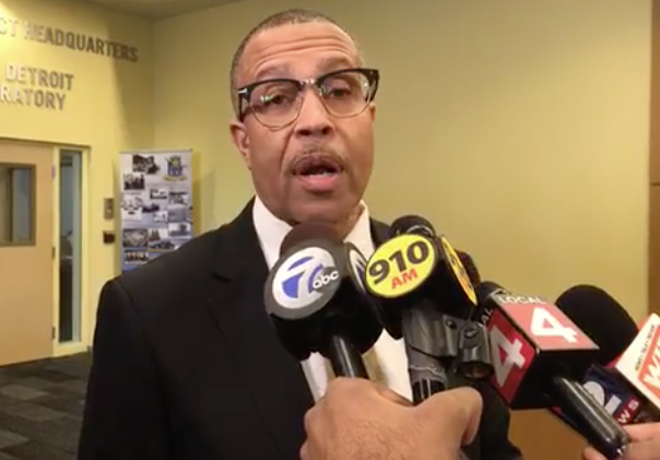 Detroit Police Chief James Craig fired back at a black activist group for giving him and another city official “Sambo Awards.”

The "Call ‘Em Out Coalition" issued the annual awards Thursday to Craig and Detroit Water and Sewerage Department Director Gary Brown, who has overseen water shutoffs for tens of thousands of Detroiters.

Craig also has been criticized for quickly dismissing an internal investigation that found racism in the department.

“Sambo” has a long history as a racial slur, which Craig described as “step it and fetch it, overly apologetic to whites.”

“I’m not going to be quiet about it,” Craig during a 10-minute press conference at the police headquarters. “It’s hurtful. It’s insensitive.”

“We work extremely hard in this police department to recruit Detroiters and African Americans,” Craig said.