Mercedes used Detroit murals in ads. Should the artists be compensated? 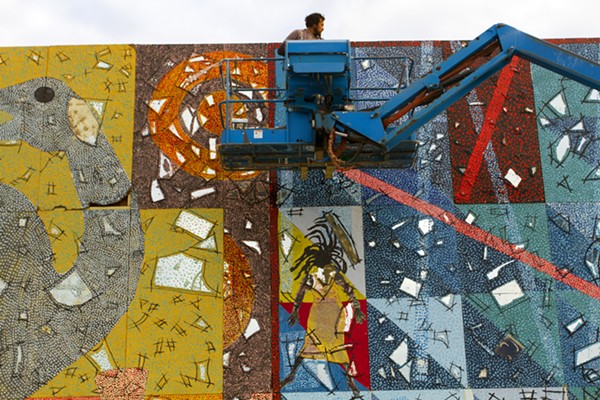 Mercedes-Benz claims in a federal lawsuit that it has the right to prominently display colorful graffiti murals in the backdrop of advertisements for one of its vehicles.

At issue are now-deleted photos on Instagram showing the Mercedes G 500 driving past murals at Eastern Market in Detroit.

Four artists whose murals appeared in the photos threatened to sue the German automaker for copyright infringement. They weren’t consulted or compensated.

Mercedes-Benz is asking the U.S. District Court for the Eastern District of Michigan to rule that the automaker has the right to use the artwork in Instagram posts.

The case is important because it seeks to answer whether graffiti murals deserve the safeguards of copyright laws or if companies can use outdoor art to advertise without compensating the artists.

The issue isn’t without precedent. In 2018, Swiss graffiti artist Adrian Falkner, known as Smash 137, sued General Motors over an advertisement that incorporated his outdoor mural in the Z parking garage in downtown Detroit. The case appears to be headed to trial after a California federal judge ruled that Falkner can move forward with his lawsuit in September.

GM claims the mural was inseparable from the parking garage. That’s significant because pictorial representations of architectural works are not protected by copyright law.

The big question is whether outdoor art is an inexorable part of a building’s architecture or an “integrated concept” that deserves protection.

“We stand firm that the copyright of the artwork always belongs to the artist, unless the artist decides otherwise,” David wrote. “In the case of these four murals involved in the Mercedes lawsuits, the artists own 100% of their copyrights. We side with the artists and will help fight against corporations who don't act responsibly or respectfully.”

David added that "it’s absolutely abhorrent and unacceptable” for Mercedes to use the murals without permission.