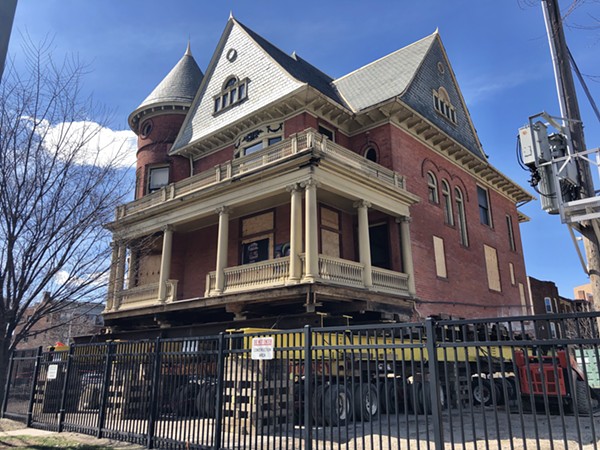 The historic David Mackenzie House at Wayne State University has nearly completed its painstaking, block-long trek to a new destination.

The weeklong journey began on April 1 to make way for the Hilberry Theatre’s $65 million expansion at Cass between Forest and Hancock.

It began by digging beneath the Queen Ann-style house to expose the foundation. From there, crews gingerly installed steel and cross beams into holes and built an enormous platform on wheels beneath the home.

Then the house was lifted from its foundation by the platform and slowly wheeled to its new location on the opposite side of the block at Forest and Second. It took five days and cost about $750,000.

On Tuesday, the house was still on wheels next to a large hole that will become the home’s new foundation. Within a month, the house will be lowered into its foundation.

Buffalo, N.Y.-based International Chimney Corp. was behind the move. The company relocated 14 other historic structures, including the Gem Theatre in Detroit in 1997 to make space for Comerica Park.

Built in 1895, the David Mackenzie House was named after the founder of what is now Wayne State.

With the home out of the way, crews are now focusing on the theater expansion, which will include a new jazz center, learning space and performing arts labs. The theater will be renamed Hilberry Gateway Performance Complex. 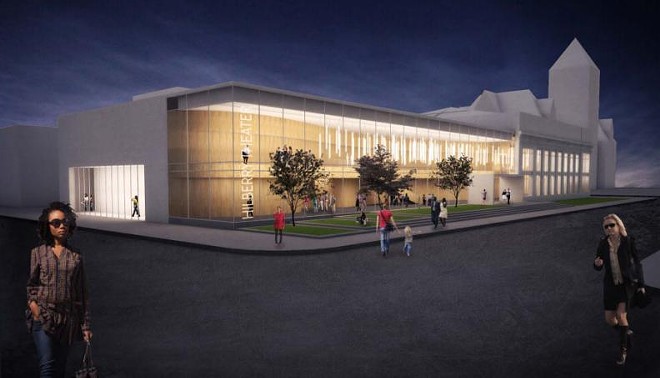