Photos circulated on social media on Thursday morning showing a Jeep in the middle of the school's Taubman Center lobby. According to a security alert sent to CCS students and faculty from Mike Bruggeman, the director of security:

At approximately 7:27 a.m. today an unlicensed driver drove his vehicle through the East Entrance of the Taubman Center. The vehicle continued into the building and hit the outside wall of the bookstore. The East Lobby and Bookstore will be closed until further notice. No reported injuries at this time.


Marcus Popiolek, the school's director of marketing and communications, confirmed that the vehicle was operated by a student of the Henry Ford Academy, a joint middle-high school on the campus. Popiolek did not release the age of the student but said they were underage and their parent was in the passenger seat. He could not say why the underage, unlicensed student was driving a vehicle. 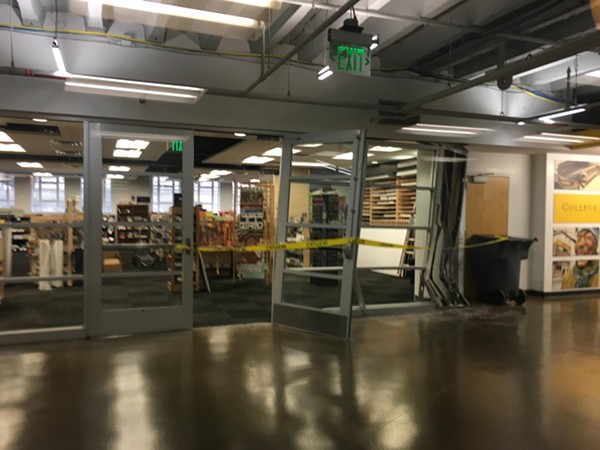