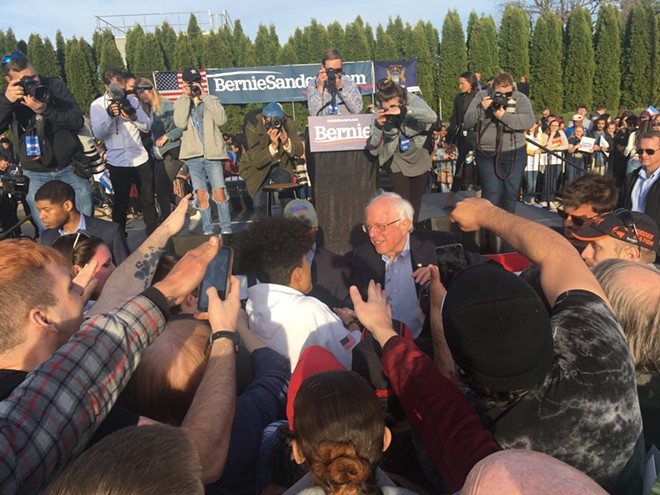 NBC News also reports that Sanders leads Trump by 10 and eight points in Wisconsin and Pennsylvania, respectively. The poll also showed strong support on one of his main proposed policies, Medicare for All.

Sanders' pollster, Ben Tulchin, says Sanders is particularly well positioned to defeat Trump in the key battleground states. Trump narrowly won each in 2016, and many believe Sanders can win over the blue-collar Democrats the party lost that year.

Sanders visited Macomb Community College in Warren earlier in April, his first Michigan stop on the 2020 campaign. It was part of a tour that also saw him visit other Midwestern states, including a well-received town hall in Pennsylvania broadcast by Fox News.