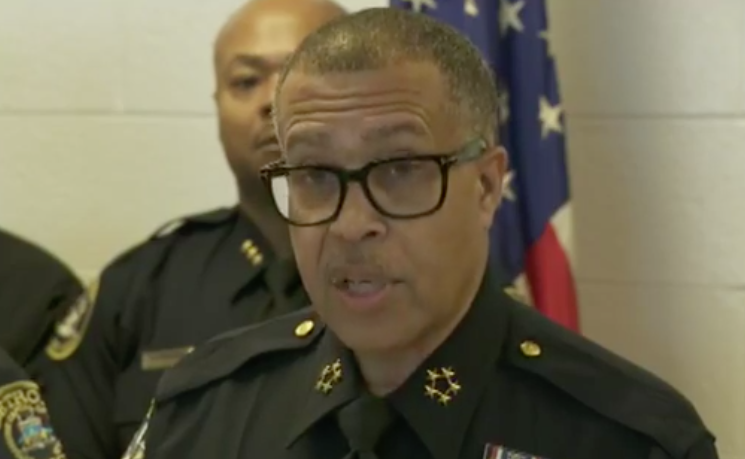 The probe was launched in response to a Snapchat video in which two white officers in late January mocked a 23-year-old black woman whose car had been towed. As the officers, Gary Steele and Michael Garrison, ordered Ariel Moore to walk home in frigid temperatures, Steele said “priceless” and “bye Felicia,” with captions that read, ”What black girl magic looks like” and “celebrating Black History Month.” Garrison referred to the woman’s journey home as a “walk of shame.” Both officers were fired.

Calling the video “deeply concerning,” Chief James Craig ordered an environmental audit to determine whether the racism was part of the culture of the 6th Precinct on the city’s west side.

Police conducted “well over 100 interviews” and discovered that supervisors’ indifference to racism “fueled some of the perceptions that allowed inappropriate racial undertones to exist,” Craig said Wednesday during a press conference.

Three of the four commanding officers exhibited a “lack of management, awareness, and action” in the face of overt and subtle racism, Craig said.

One of the commanding officers was demoted; another retired; and the third has been ordered to undergo implicit bias and racial sensitivity training.

“Several command officers were aware or should have been aware of the feelings of racial animus,” Deputy Police Chief James White said.

Two-thirds of the precinct’s afternoon shift were white male officers in a city where more than 80 percent of residents are black.

All employees of the precinct are required to attend a cultural training program.

“There are pockets of unacceptable racial attitudes that still exist in the police department,” Mayor Mike Duggan said at the press conference.