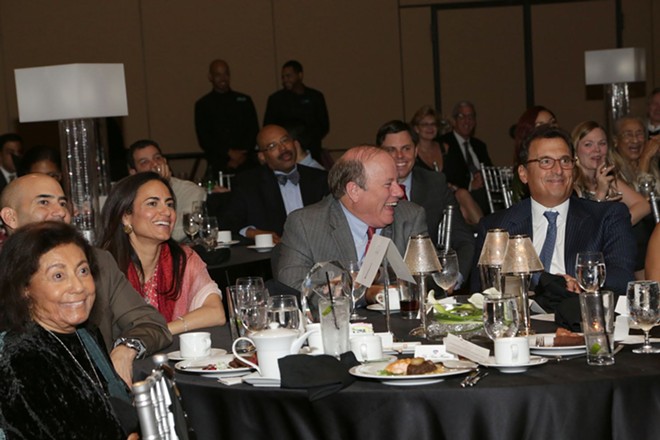 The Michigan Attorney General’s Office is looking deeper into a nonprofit with loose ties to Mayor Mike Duggan.

The AG’s office is trying to determine whether a nonprofit organization, Make Your Date, received donations, and if so, what happened to them.

The Detroit Free Press has raised questions about Hassan’s relationship to Duggan since surveillance video was disclosed in November, showing Duggan and Hassan going to the same suburban home. Following the video’s release by one of the mayor’s critics, Bob Carmack, Duggan and his wife publicly defended their marriage. But last week, Duggan’s wife, Lori Maher, filed for divorce.

Repeated attempts to get the nonprofit to respond to questions about the nonprofit have gone unanswered, AG spokeswoman Kelly Rossman-McKinney told the Free Press.

The office sent a letter addressed to Hassan on Feb. 13 and April 22, notifying Hassan that it’s illegal to raise money without properly registering with the state.

“The bottom line is, if they choose not to respond to the second letter, that seems to be defiant,” Rossman-McKinney said. “It would definitely ramp up our interest.”

“Once the documents are filed, I think the AG’s office will have what it’s looking for,” Nowling tells the Metro Times. “There is absolutely no shred of evidence that suggests anything wrong with Make Your Date. The only people who have benefited from the program are pregnant women and their children in a city with a shocking infant mortality rate.”

The Free Press launched an investigation to determine whether Duggan used his authority to help Hassan with Make Your Date. The newspaper showed that Duggan may have given preferential treatment to Hassan, saying records “revealed a significant commitment of resources from the development office at the mayor’s direction.” That prompted the Detroit Office of Inspector General to launch an investigation centered on “Mayor Mike Duggan and the City of Detroit’s interactions with the Make Your Date nonprofit,” according to a news release last month.

"The OIG is duty-bound, pursuant to the Charter of the City of Detroit, to initiate and to pursue the investigation," the release stated. "In accordance with the Charter, the investigation will focus on whether the Mayor and/or any City officials potentially abused their authority by providing preferential treatment to the Make Your Date Non-Profit."

But since then, questions have been raised about the office’s ability to be impartial because it’s headed by Ellen Ha, who served in Duggan’s law department.

The biggest question for the AG’s office is whether donations were given to the nonprofit or the university program. In its 2017 fiscal year, Make Your Date raised $224,105. According to the nonprofit’s tax return, the group received less than $50,000.

Nowling said the donations were made to the university program with the same name, not the nonprofit, which Wayne State says has been dormant and inactive.

But the Free Press notes that the nonprofit has not been dormant because it’s registered with the state and federal government and recently acted to maintain its nonprofit status.

Whatever the case, Nowling said, donations have not been given to the nonprofit, so there’s no wrongdoing.

“I think the reporting from the Free Press has been pretty breathless on the issue,” Nowling says. “They think they’ve found something and they are not letting any exculpatory information judge that.”

Hassan's attorney has threatened to sue the Free Press for libel over "false allegations," including the suggestion that the nonprofit has raised money.

Other media outlets, including the Metro Times, have not raised the same issues because it’s common for a mayor to encourage people to donate to a cause that is important to Detroit.

“The program does a lot of good,” Nowling says. “They are taking the program to Flint, which has the same issues that Detroit has. The program has been backed up by peer-reviewed science.”

See related PDF State_of_MI_Dept_Attn._General.pdf Stay on top of Detroit news and views. Sign up for our weekly issue newsletter delivered each Wednesday.