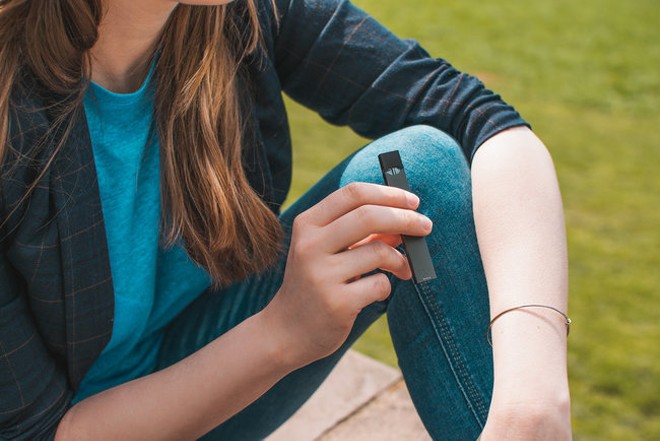 Supporters are speaking out this week in favor of a pair of controversial anti-vaping bills — with opponents saying they don't go far enough.

Senate Bills 106 and 155 would ban the sale of e-cigarettes and vaping products to minors and impose fines of up to $2,500 on retailers who violate the law. Rep. Isaac Robinson, D-Detroit, is behind the ban, and noted the law applies to more than just liquid nicotine.

"All types of substances including marijuana, any dangerous chemicals that can be put in these devices, they are going to be taken out of the hands of kids," Robinson says.

The bills already have passed the state Senate and were voted out of the House Judiciary Committee. Next, they need a vote in the full state House of Representatives.

In the past, Gov. Gretchen Whitmer's administration has questioned the bills, preferring to include a provision to define and tax vaping products as a tobacco delivery system.

Robinson said that discussion should come later — and added these bills have attracted support from the vaping industry as well as from some in the addiction-treatment community — and would bring Michigan in line with other states.

"Michigan is the only state out of 50 that currently does not have regulation at the state level banning the sale of e-cigarettes and vapor products to minors," he says.

The bills also would fine minors who attempt to buy vaping products up to $50 for the first offense, and require them to attend a health program on the dangers of vaping or do community service.