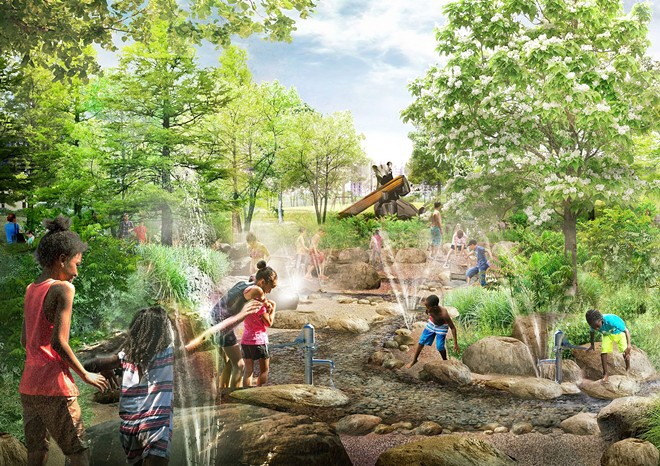 A five-acre, animal-themed playground is being added to a new, much-anticipated $50 million park on Detroit’s west riverfront.

Delta Dental of Michigan is donating $5 million to build the play garden, which will feature a 20-foot brown bear structure in which children can play, slides, fountains, and other equipment resembling otters, beavers, and even a dragon.

The playground will become a part of the 22-acre Ralph C. Wilson Jr. Centennial Park that is expected to open in 2022 with pavilions, a swimming cove, fishing pier with trees, amphitheater, sports house, and ice-skating in the winter. The park, which is expected to begin construction next year, will stretch from west of Joe Louis Arena to the Ambassador Bridge.

The Ralph C. Wilson Jr. Foundation funded the creation of the park with a $50 million donation. Wilson was raised in the Detroit area and owned the Buffalo Bills.

The park was designed by Michael Van Valkenburgh Associates Inc., an internationally renowned New York City landscape architecture firm. The firm designed more than 15 major parks in the U.S. and Canada, including the Brooklyn Bridge Park, Chelsea Waterside Park Playground in New York City, the Corktown Common in Toronto, and the Gathering Place in Tulsa, Okla.

The firm was selected by a jury that included representatives from the Detroit Riverfront Conservancy, the city of Detroit, the Ralph C. Wilson Jr. Foundation, and design experts from across the country. 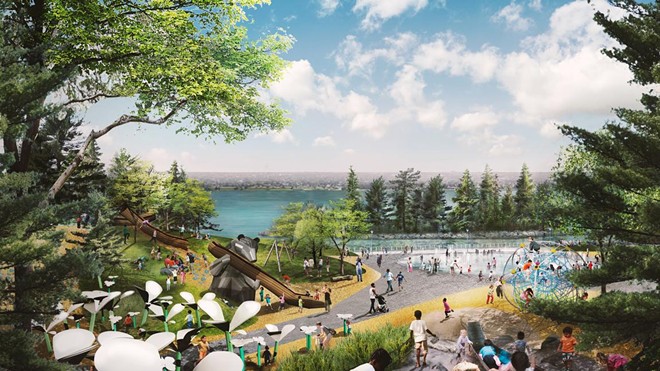 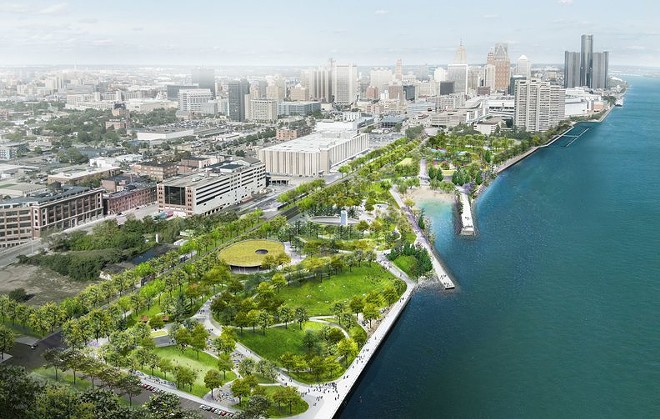