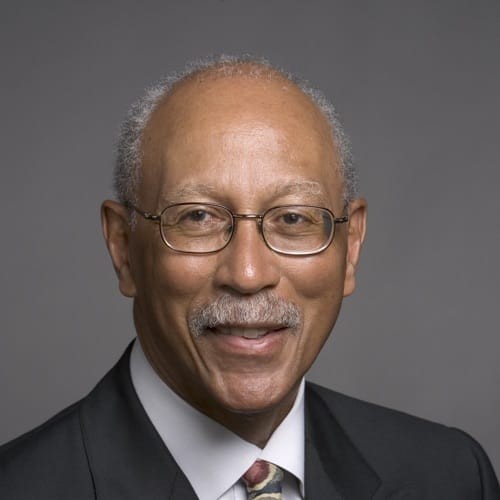 Former Mayor Dave Bing got real during an hour-long interview on Charlie LeDuff’s No BS News Hour, criticizing city leadership and the billionaires who have been relying on public money.

Bing, who served as Detroit mayor from 2009 to 2013, began the interview with a no bullshit take on billionaires Chris Ilitch, Dan Gilbert, Roger Penske, Tom Gores, and the Ford family.

“They truly run the city in my opinion,” Bing said on LeDuff’s weekly podcast. “It’s a very small group that controls so much.”

The former basketball star said his successor, Mayor Mike Duggan, and other city leaders should focus on small businesses run by Detroiters, many of whom “feel helpless” because of a lack of opportunities.

“I think the small business arena is the key,” he said.

Bing also blasted church leaders for failing to call out Duggan for not doing more for the struggling neighborhoods.

“The faith-based community, in my opinion, has been bought and sold,” Bing said. “Thirty years ago, that was not the case.”

Bing also called out Duggan’s administration for deceiving the public about crime statistics and neighborhood development.

“Some of the statistics that are provided to the public obviously are not true,” Bing said. “We once again got to start telling the truth.”

The former mayor suggested Duggan gets away with being deceitful because of his ability to influence the media. Duggan has recruited more than a handful of reporters to his administration.

“He has hired quite a few people from the media, and they control the narrative,” Bing said. “Nobody challenges it.”

Bing didn’t directly say whether he’d support Duggan for a third term, but he's hoping for a strong challenger in the 2021 election.

“I’m hopeful in the next election that Duggan doesn’t run unopposed,” Bing said. “I think he needs to work for it.”