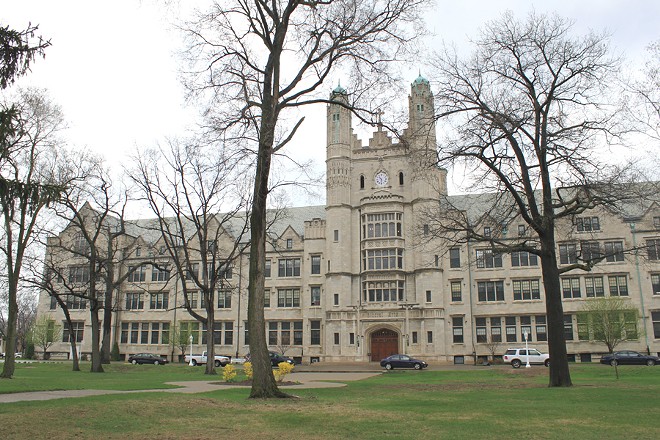 After struggling with finances and enrollment in recent years, Detroit's 92-year-old Marygrove College is closing altogether. The college announced on Wednesday that it was ending its graduate program with the 2019 fall semester, following the closure of its undergraduate program in 2017.

The school had been in dire financial straits for the past five years. In 2014, what was described as a "software glitch" resulted in some 200 students being giving financial aid, only to be told later they actually owed the school money. Enrollment plummeted 40 percent since 2012, from around 1,850 in 2013 t0 about 960 in 2016. Most recently, its graduate program had just 305 students enrolled.

The school abruptly announced it would close its undergraduate program in August 2017, mere weeks after contracts were sent out to contract faculty, causing them to scramble to find more employment.

At the time, officials said the school would switch to a graduate-only program, which was deemed more efficient as it was primarily taught online. In a press release, Marygrove officials spun the move to a graduate-only program as a "bold move" — "not unlike our historically bold moves to educate women when it wasn't fashionable, to bring 68 African-American students to Marygrove in 1968."

Teachers, students reeling as Marygrove abruptly closes undergrad program
By Lee DeVito
College Guide
The school was founded in Monroe in 1845 by Catholic nuns. It moved to Detroit in 1927, where it operated as a women's college until 1971.

A P-20 campus that is a partnership between Detroit Public Schools Community District, the University of Michigan, and the Kresge Foundation is still scheduled to open in the fall.