Palace of Auburn Hills to be demolished, ending an era of Pistons, music 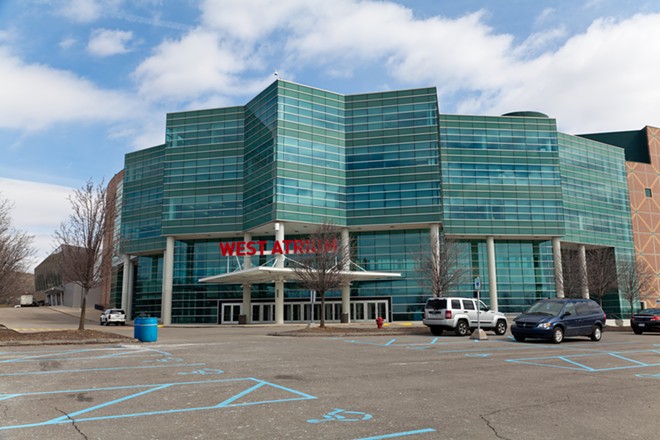 The Palace of Auburn Hills is about to be a goner.

The former home of the Pistons, which doubled as a popular concert venue, has been sold to a joint venture and will be demolished in the fall to make way for a mixed-use office park, the Pistons organization announced Monday.

Detroit Pistons owner Tom Gores has teamed up with Livonia-based Schostak Bros. to build office space on the 100-acre property.

In 2017, the Pistons moved to Detroit to play at Little Caesars Arena after the city offered a tax-incentive package worth tens of millions of dollars.

The Palace was a popular concert venue for nearly three decades and hosted performers such as Madonna, Michael Jackson, Phish, Sting, U2, and Taylor
Swift. The last concert was Bob Seger in 2017.

It wasn’t immediately clear whether memorabilia, like seats, will be auctioned off.

“We promised the people of Auburn Hills and Oakland County that we would find a solution that would be good for the community and make a positive economic impact,” Gores said in a statement. “Partnering with a proven, well-respected developer like Schostak Brothers is an important step in delivering on that promise.”