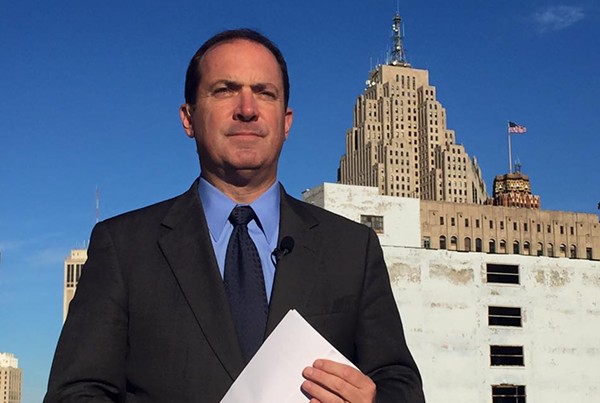 Kevin Dietz, an investigative reporter for WDIV-TV, said he was abruptly fired from the news station for a racial joke he made at a recent journalism conference in Houston.

In a long Facebook post late Monday night, Dietz said he huddled for a photo with a group of journalists when he “jokingly” said, “We are probably going to have to crop the black reporter out of the photo.”

Dietz, a 26-year veteran of the station and winner of 15 Michigan Emmys, suggested his remark was commentary on “the challenge it’s been for our company, and many companies, to achieve diversity goals.”

But later in his post, Dietz said without elaborating, “It is important to include the fact that alcohol was provided at this event and, according to management, was a factor in my termination.”

Mort Meisner, a television talent agent based in Royal Oak, said WDIV made the right decision.

“There should and has to be zero tolerance, and Marla Drutz did the right thing,” Meisner, president of Mort Meisner Associates, tells the Metro Times. “She had to let Kevin go.” Like many people who knew Dietz, Meisner describes the veteran journalist as “an outstanding person and excellent reporter.” “It’s really unfortunate, but a line has to be drawn somewhere,” Meisner tells the Metro Times. “Comments like that can’t be tolerated.”

Supporters of Dietz sounded off on social media, saying the firing is an example of political correctness run amok. “PC has gone too far and this is one more example of the wussification of America,” Lori Millhouse-Spray wrote on Facebook.