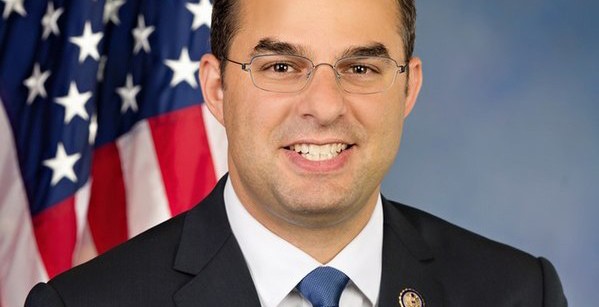 The self-described "lowercase 'L'" libertarian announced his split from the Republicans in an essay published by The Washington Post on July 4, titled "Our politics is in a partisan death spiral. That’s why I’m leaving the GOP."


In the piece, Amash reflects on growing up as the son of a Palestinian refugee, and how he has long appreciated the "brilliance" of the U.S.'s constitutional republic — "a political system so ordered around liberty that, in succeeding generations, the Constitution itself would strike back against the biases and blind spots of its authors."

However, Amash says the system has in recent years become corrupted by hyper-partisanship — something that George Washington warned against in his farewell address. Amash writes that he has "become disenchanted with party politics and frightened by what I see from it. ... The two-party system has evolved into an existential threat to American principles and institutions."

True to Washington’s fears, Americans have allowed government officials, under assertions of expediency and party unity, to ignore the most basic tenets of our constitutional order: separation of powers, federalism and the rule of law. The result has been the consolidation of political power and the near disintegration of representative democracy.

These are consequences of a mind-set among the political class that loyalty to party is more important than serving the American people or protecting our governing institutions. The parties value winning for its own sake, and at whatever cost. Instead of acting as an independent branch of government and serving as a check on the executive branch, congressional leaders of both parties expect the House and Senate to act in obedience or opposition to the president and their colleagues on a partisan basis.


It's not just President Donald Trump and the Republican Party that Amash takes aim at. "Preserving liberty means telling the Republican Party and the Democratic Party that we’ll no longer let them play their partisan game at our expense," he writes. A spokeswoman tells MT that Amash has decided to be an independent with no party affiliation rather than joining Michigan's Libertarian Party, which has gained traction in recent years.

It's the latest — and biggest — way that Amash has split with the GOP in recent months. In May, upon having finished reading the Mueller report, Amash became the first — and so far, only — Republican in Congress to call for the impeachment of President Donald Trump. And last month, Amash teased that he was considering mounting a third-party bid against Trump in 2020.

Thursday's op-ed could very well be a crucial step on that path.