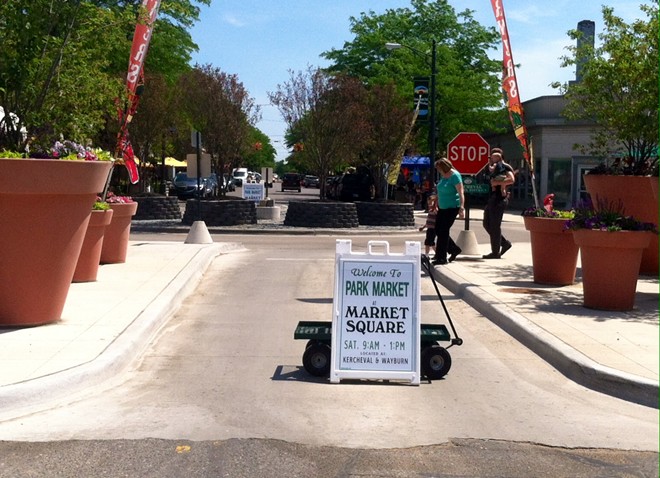 For six years, Grosse Pointe Park found different ways to block a major intersection at the border of Detroit.

First it was a large pile of snow. Then a “delayed” water main project. Then a shed. And finally a farmer’s market with giant potted plants.

Now, the two communities have reached a tentative deal to reopen Kercheval to two-way traffic by the end of the month, The Detroit News first reported.

Under the deal, both sides of the intersection would be developed with shops, offices, apartments, and streetscapes.

Many Detroit and Grosse Pointe residents have criticized the blockade as an ugly symbol of intolerance and classism in a suburban community that banned African-Americans and Asians from owning property until about 60 years ago.

On Monday, Grosse Pointe Park City Council approved the pact. Detroit City Council is expected to vote on it Tuesday.

Below are different blockades at the intersection over the past six years: