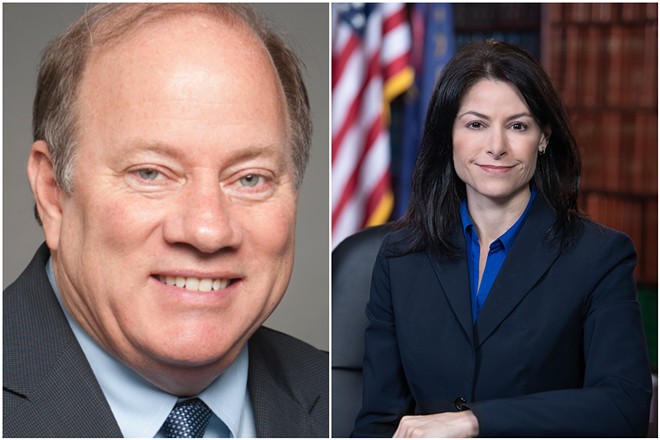 The Michigan Attorney General’s Office is investigating Mayor Mike Duggan’s administration after city employees were ordered to delete emails related to the Make Your Date program.

Intentionally destroying public records is a crime punishable by up to two years in prison.

“She was adamant that we take a very active role in this.”

The emails were deleted after the Free Press requested records related to the prenatal care program. It’s a violation of the Michigan Freedom of Information Act to delete requested records.

Make Your Date made headlines after it was discovered Duggan ordered a fundraising campaign for the program, whose director was seen with Duggan at her suburban home last year in an edited surveillance video taken by a private investigator.

Shortly after, Duggan’s wife filed for a divorce.

When asked to comment about the deleted emails, Duggan’s office deflected criticism and appeared to suggest Duggan was not involved in ordering the emails to be deleted.

"In early May, Mayor Duggan and Chief Financial Officer Dave Massaron learned about the possibility that some emails of staff of the Office of Chief Financial Officer related to Make Your Date may have been deleted,” Detroit’s top attorney, Lawrence Garcia, said. "CFO Massaron promptly took the lead in the effort to recover the emails. To the best of our knowledge, the deleted emails were successfully retrieved."

But when asked directly whether Duggan was not involved, the mayor's office declined to comment.

Duggan’s office refused to answer other specific questions, saying the Inspector General’s Office has asked the mayor and city officials to keep quiet — a strange request for an "independent" investigator.

Questions have been raised about IG Ellen Ha’s ability to be impartial since she worked in the city’s law department under Duggan.