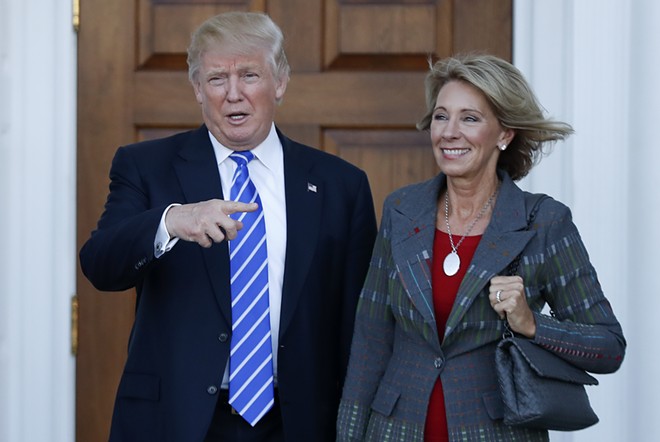 A new report says U.S. Education Secretary Betsy DeVos — along with 78 percent of the employees in her department — are using personal email for state business.

The Hill reported Monday that the House Oversight and Reform Committee is demanding DeVos turn over her personal emails. Committee chairman, Democratic Rep. Elijah Cummings, said there were “disturbing new revelations” that DeVos had violated federal law by withholding information from the committee.

The demand comes after the Office of the Inspector General (OIG) in May found that DeVos used a personal email account to conduct some official business and did not forward these emails to her official account.

Though the OIG only found a "limited number" of emails were sent from private accounts, they weren't turned over to the House Oversight and Reform Committee as was previously requested. As part of the investigation, the committee has repeatedly asked DeVos if she used personal email, but it appears to have taken an OIG report to confirm that.

In other words, it appears DeVos was trying to hide her personal email use.

In 2017 the committee, then led by a Republican, launched an investigation into the email practices of 55 federal departments.

DeVos' spokesperson dismissed the committee's demands as old news: "Nothing more than political grandstanding. The IG has already done a thorough report on this issue. There is nothing to see here.”