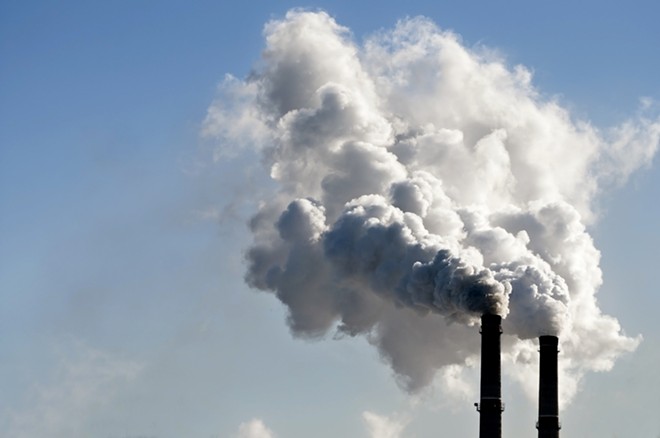 An ordinance focused on cutting greenhouse gas emissions by 30 percent in the next five years in Detroit was unanimously passed by Detroit City Council on Tuesday.

The clock is running on human civilization. It’s time to take climate change seriously.
By Jeffrey C. Billman
Informed Dissent
The ordinance outlines that the city’s emissions should be measured annually, according to Crain’s. The last time emission levels were measured was in 2012 — the city emitted 10.6 million tons of carbon dioxide that year — and the ordinance seeks to reduce that figure to 7.4 million tons by 2025. According to the Environmental Protection Agency, cities on a whole can be blamed for causing more than 70 percent of carbon dioxide emissions around the globe.

City buildings specifically emitted 1.18 million tons of carbon dioxide in 2012. The ordinance outlines incremental goals to cut that figure, with an overall goal of reducing building emissions by 100 percent by the year 2050.

UPDATED: Michigan leaders silent on Trump's Paris withdrawal as others pledge to uphold agreement
By Violet Ikonomova
News Hits
Businesses will not have to report emissions, nor will they have to reduce them, according to the ordinance. However, it will seek to provide incentives and promote policies such as building codes that would lead to reduced emissions.

Study: Great Lakes region warming more than the United States as a whole
By Ariel Whitely
News Hits
"We don't have the ability to go and tell the private sector to reduce greenhouse gases," councilman Scott Benson said, according to Crain’s. "Setting goals and standards is the prelude to compelling compliance."

Related Updated: Detroit's garbage incinerator is about to belch its final cloud of toxic gas

Updated: Detroit's garbage incinerator is about to belch its final cloud of toxic gas
By Tom Perkins
News Hits
Benson told Crain’s a new emissions study would potentially be completed in 2019. The Office of Sustainability continues to prioritize efforts to reduce emissions through guidance outlined in its Detroit Sustainability Action Agenda. Future goals also include the implementing LED lighting as well as utilizing hybrid and electronic vehicles.
Stay on top of Detroit news and views. Sign up for our weekly issue newsletter delivered each Wednesday.