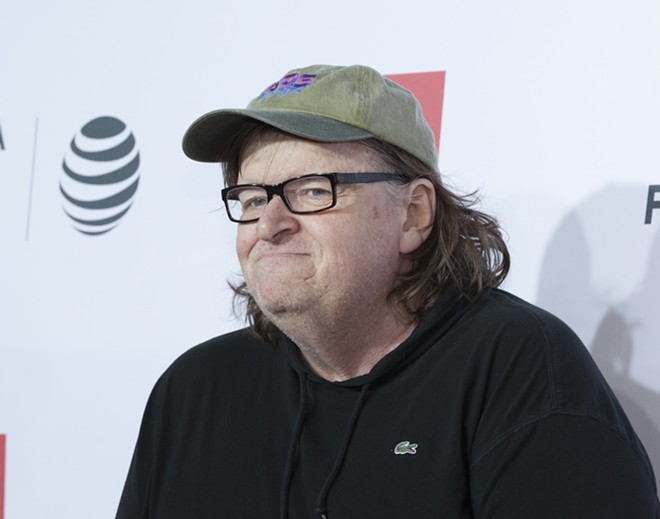 Planet of the Humans, a documentary promoted by Michael Moore, explores the proposed solutions of alternative energy and unveils the industry’s ongoing dependence on fossil fuels.

Director Jeff Gibbs, a collaborator of Moore's who produced Fahrenheit 9/11 and Bowling for Columbine, looks into whether the environmental movement will even address the growing climate change concerns faced by our planet. In the doc, the filmmaker profiles biofuel, windmills, electric cars, solar panels, and more, and discovers that alternative energy is still very much intertwined with both natural gas and coal in multiple ways. In short, the filmmakers stated that we as a society are “addicted” to fossil fuels, according to The Associated Press.

Gibbs said he initially took on the endeavor to understand why climate issues were not being resolved, and was surprised that the further he researched, the more he found that the alternative energy movement itself was wrought with issues.

“It turned out the wakeup call was about our own side,” Gibbs told the AP. “It was kind of crushing to discover that the things I believed in weren’t real, first of all, and then to discover not only are the solar panels and wind turbines not going to save us … but (also) that there is this whole dark side of the corporate money. … It dawned on me that these technologies were just another profit center.”

The doc, for example, sheds light on the biomass process, which is considered a renewable source of energy. However, it requires the cutting down of a large amount of trees in order to then convert them into energy. This and other dilemmas were brought to the forefront in the film.

“We all want to feel good about something like the electric car, but in the back of your head somewhere you’ve thought, ‘Yeah, but where is the electricity coming from? And it’s like, ‘I don’t want to think about that, I’m glad we have electric cars,’” Moore told the AP.

The independent film premiered at the Traverse City Film Festival last week and was met with a standing ovation. Gibbs told the AP that while it doesn't have all the answers, he thinks it will "get us asking a better set of questions."

“It’s up to people who actually share the same values to sometimes call each other out and bring out the uncomfortable truths,” Gibbs told the AP. “This is not a film by climate change deniers, this is a film by people who really care about the environment.” Stay on top of Detroit news and views. Sign up for our weekly issue newsletter delivered each Wednesday.