L. Brooks Patterson’s daughter slammed Democrats on the Oakland County Board of Commissioners for scheduling a meeting to replace the former county executive on the day of her father’s funeral.

“The wound of losing our beloved father and grandfather became deeper when we learned the Oakland County Board of Commissioners scheduled a meeting the morning of his funeral to seize control of the county executive office,” Patterson's daughter Mary Margaret Patterson Warner said in a news release. “This heartless play for power is unforgivable and has offended the Patterson family. Our father has earned and deserves more respect than this.”

Patterson, who had been county executive since 1992, died Saturday. By law, the board of commissioners has 30 days to appoint a replacement. If no one is appointed, a special election will be held.

In response to backlash from Patterson’s daughter and others, acting Board of Commissioners Chairwoman Marcia Gershenson rescheduled the meeting for Aug. 16, the day after Patterson’s funeral.

“First, Brooks’ team is appalled by the spectacle at the board of commissioners and Marcia Gershenson’s sham interview process for appointing a new county executive,” Poisson said in a statement. “Scheduling the meeting the morning of Brooks’ funeral is simply inappropriate.”

But his decision to resign left Democrats without control over the board, which now has 10 Republicans and 10 Democrats. That could lead to an impasse.

Also vying for the position is Oakland County Treasurer Andy Meisner, who has accused Woodward of making backroom deals with Republicans to appoint him as county executive. 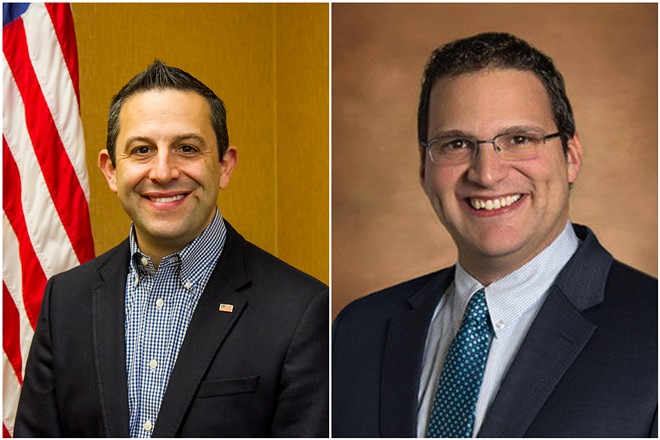