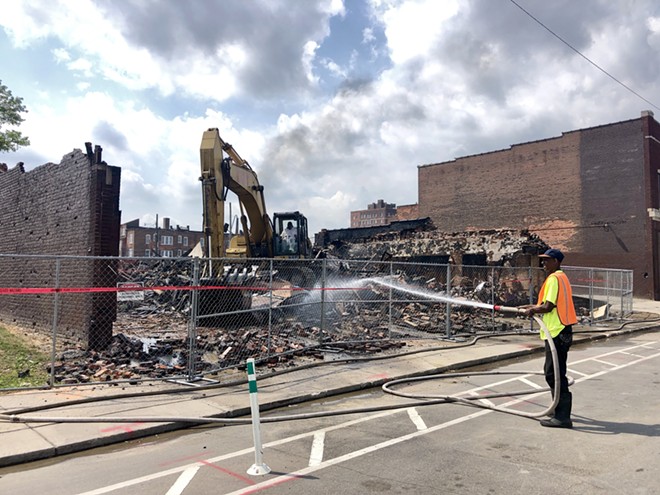 The venue, where the White Stripes played their first show in August 1997, closed for good in 2001. The Ilitch family eventually bought the building, left it open to trespass, and demolished the buildings around it. It's not yet clear what they plan to do with the land, but if the past is any indication, it could become yet another parking lot.

Since the Ilitches received more than $175 million in captured tax dollars to build the nearby Little Caesars Arena, more than 15 buildings have been demolished. Several large apartment buildings around the arena were never renovated as promised.

The legendary, Ilitch-owned Gold Dollar is being demolished today after a suspicious fire gutted it. It’s where the White Stripes played their first show. Nothing is sacred to the Ilitches, who got $175M in Detroit tax dollars for LCA. pic.twitter.com/Vi1YXjGe55


The Detroit Fire Department is still investigating the blaze, which broke out around 8 p.m. on July 22. By the time firefighters arrived, flames were tearing through the roof.

The Gold Dollar opened in the 1930s. From 1956 to the late 1980s, it was a popular drag show attraction. In 1996, the bar began booking live music under new ownership. The White Stripes were among dozens of bands to play on the small, elevated stage. 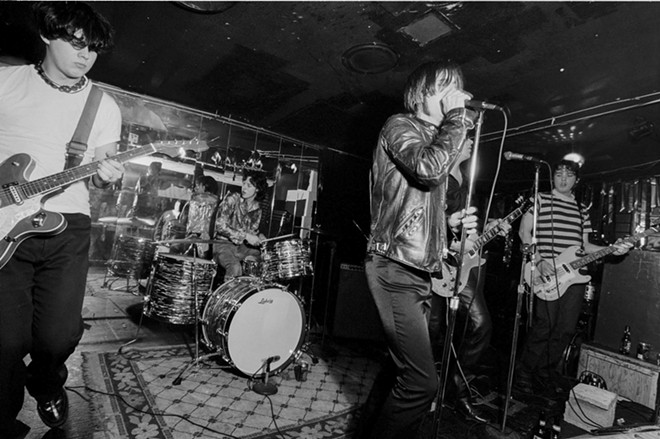 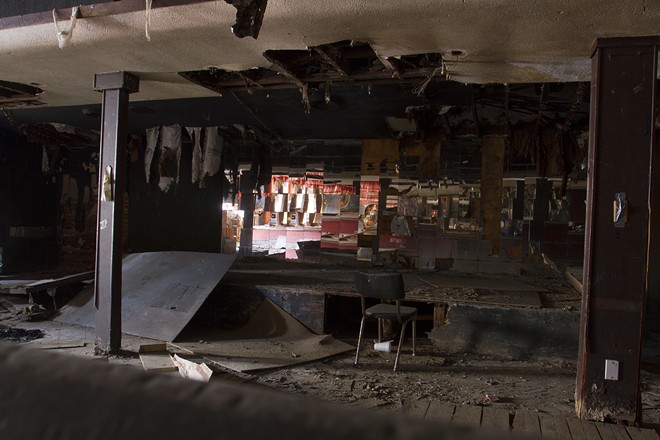