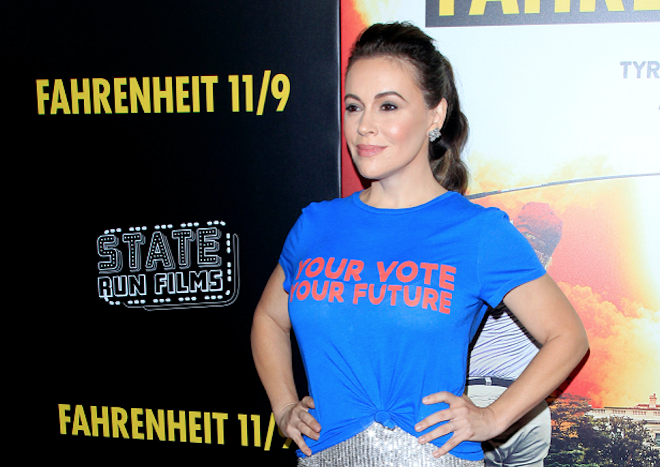 Actress and activist Alyssa Milano is targeting three critical swing states in the 2020 election to “stop the orange-haired guy” from getting re-elected.

Milano created the 2020 Fund, an organization raising money for grassroots efforts supporting women's rights, immigrant rights, and communities of color in Michigan, Pennsylvania, and Wisconsin. She partnered with Movement Voter Project, an organization that supports local grassroots organizations and empowers people to get out and vote.

The activist is targeting these areas in particular because of Trump's close margin of victory in the states. In Michigan, Trump only won the popular vote by a margin of about 11,000 votes, or .3 percent of the popular vote. Together, these three states have a combined 46 electoral college votes, enough to have potentially swayed the election in 2016.

2020 Fund donates 100 percent of profits to three of the "best local grassroots organizations" in each of the three states. Movement Voter Project is also matching all donations up to $1 million to help the effort gain support.

With the 2020 election just 448 days away, opposition to the president is growing, with organizations working tirelessly to defeat Trump and prevent a second term.