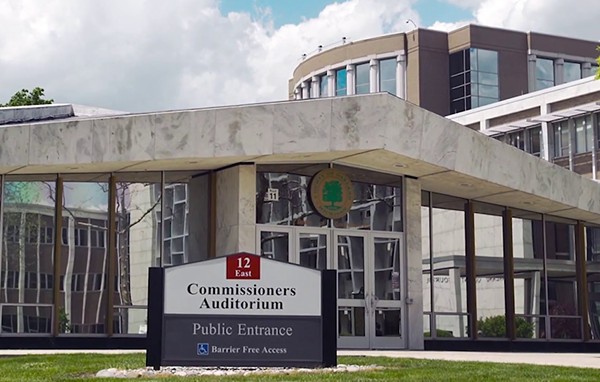 An evaluation committee of two Democrats and one Republican selected the five candidates from a field of 21.

The full board, which has 10 Republicans and 10 Democrats, may vote as early as Friday on appointing Patterson’s replacement. Commissioners have 30 days to appoint a new county executive after a vacancy. If they can't make a choice by then, a special election will be held.

Democrats held a majority on the board until the chairman, Dave Woodward, resigned last week so he could be considered for the appointment. The interim county executive is Gerald Poisson, who had served as deputy county executive under Patterson.

You can watch the interviews on the commission’s website.