Michigan isn't ready for another recession 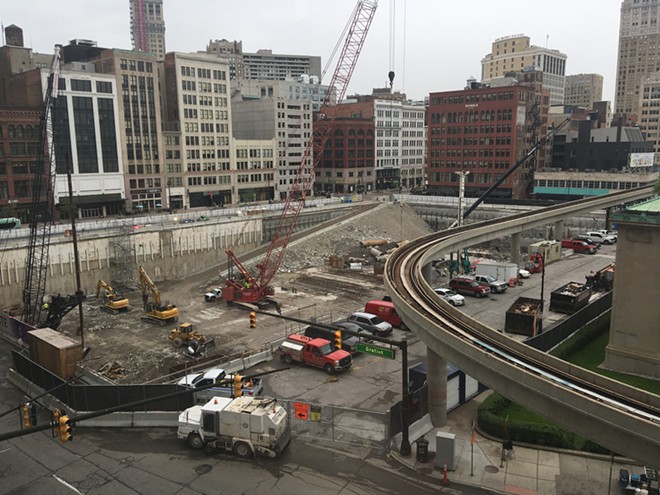 For a brief time on Wednesday morning, the bond market experienced a so-called "inverted yield curve," where yields on two-year Treasury bonds were higher than those on 10-year ones; in other words, a short-term investment was seen as riskier than a long term one. The phenomenon is widely viewed as a harbinger of an imminent recession: The last time it happened was June 2007, just before the Great Recession, and it also happened just before the last two recessions before that. The bond market blip triggered recession fears, with the Dow plummeting 800 points — its biggest dip this year, and its fourth largest drop in history.

There are other reasons to believe a recession could be imminent. Last month, Democratic presidential candidate Elizabeth Warren said "warning lights are flashing” for an impending economic downturn; Warren was among the first to sound the alarm about the 2008 crash. There's also the so-called "skyscraper curse," a theory that the construction of tallest buildings is typically a signal of an overheated economy on the verge of a downturn. (Dan Gilbert's Hudson's site project was supposed to be the tallest building in Michigan, but Bedrock says that even though construction is underway, the skyscraper's final height is actually up in the air, so to speak.) The Big Three has shed workers in mass layoffs, and car sales are expected to decline in 2019. Plus there's the fact that the U.S. economy has been growing for more than a decade — on the way to being the longest economic expansion in more than a century. What comes up must come down.

But another recession would be particularly devastating to a place like Michigan, which felt the effects of the Great Recession well before the rest of the nation, and continued to feel them long after the recession was officially declared over.

Part of the problem is Michigan is not better off than it was before the recession. "Michigan is, in fact, wealthier," Crain's Detroit Business reported last year. "But most of its residents are not." In other words, Michigan's recovery has largely been reserved for the wealthy. A 2016 study issued by the Michigan League for Public Policy found Michigan's income inequality gap has widened since the Great Recession, ranking as the 11th worst income gap in the nation. The rich have gotten richer, and the poor have gotten poorer.

And even though Michigan is less reliant on auto manufacturing than it used to be, we're still highly susceptible to a downturn in that industry. "If times are hard, you can't put off buying groceries, but you can put off buying a car," Ballard told Crain's. "Thus any recession is likely to be unusually difficult for a state, like Michigan, that concentrates in the production of durable goods."

For many people in Michigan, it feels like the Great Recession never really ended. Several Michigan cities made a USA Today list of cities that never recovered from the last recession, which included Eastpointe, Port Huron, Jackson, Muskegon, Saginaw, Detroit, and Flint, the No. 1 city on the list.

Plus, there's the fact that President Donald Trump's tax cuts have caused deficits to be some $1.85 trillion larger over the next 10 years than previously projected. "This handicaps Michigan, which hasn't recovered tax revenue from the Great Recession, because it's required to balance the budget by law," according to Crain's, with the state unable to build up a suitable rainy day fund to weather even an average recession, according to the report.

Most economists agree that it's not a matter of if there will be another recession, but when. And most agree the next recession will likely not be as bad as the last one.

Still, it's not going to be pretty, especially in Michigan.